Kim Kardashian has, allegedly, been leaning on Adele throughout her divorce from Kanye West.

According to Closer UK, Kim Kardashian is still struggling six months after she announced her divorce from the rapper.

Luckily for the Keeping Up With the Kardashians star, Adele recently went through the same thing and survived.

As such, Kardashian has decided to not only lean on Adele but also ask for advice from the British singer.

“Kim’s been struggling with the fact that they no longer live as a complete family. She never wanted that for her children so she feels terribly guilty over it. Adele has been a huge support and has told Kim she is proof that sometimes, you need to make the difficult decision to put yourself first for everyone to find happiness,” the source said. 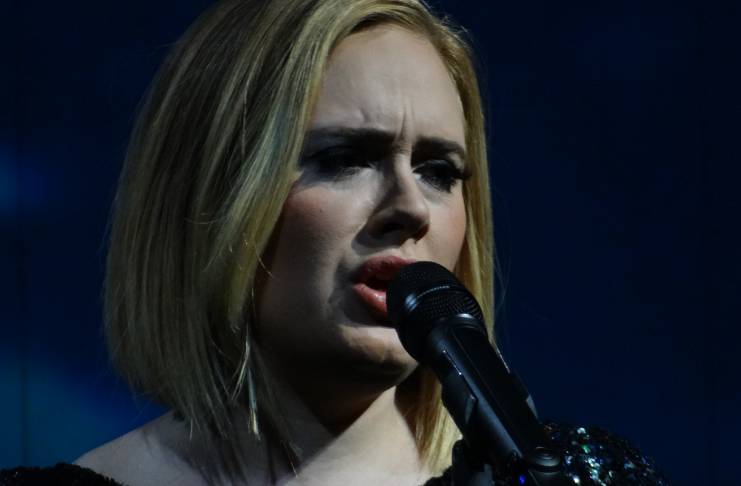 The insider added that Adele is very passionate when it comes to divorce because she recently went through it.

Following her split from Simon Konecki, Adele also felt very unhappy. But she eventually rose above the breakup and found her true self.

“Kim is inspired by her strength, and she’s become her go-to friend over the last couple of months. She now calls Adele her ‘divorce coach!’ Often, Kim will call Adele at night in a panic over the magnitude of her decisions and Adele will quote snippets of the book she swore by after leaving Simon to help reaffirm her decision and completely overhaul her attitude,” the source said.

Adele also, allegedly, encouraged Kardsashian to mediate regularly so that she would be able to get out of her own head and have a clearer mindset.

However, one should take the tabloid’s claims with a grain of salt. After all, there’s no proof that Adele and Kardashian are as close as what the tabloid claims them to be.

There’s also no indication that Kim Kardashian months after filing for divorce from West. If anything, the exes seem like good friends.

ETH gas costs could be reduced by limiting calldata per block, Vitalik Buterin...

Tanzanian central bank plans to create its own digital currency