Konami, the company behind Castlevania, is coming back to PC and console game publishing. The Japanese studio expressed its commitment by launching a third-party publishing team in the West.

Konami is establishing a new team to work on Western titles, with their first game being indie platformer Skelattack. The company said in an interview that they’re looking to strengthen their position with the Western audience.

To do this, the Japanese publishing studio is looking “build the portfolio with things that perhaps [are] new to Konami — Western titles for Western audiences.”

The Silent Hill publisher is trying to develop a new initiative within its group to diversify. The strategy looks simple, and they’re looking towards fellow Japanese publisher Bandai Namco. 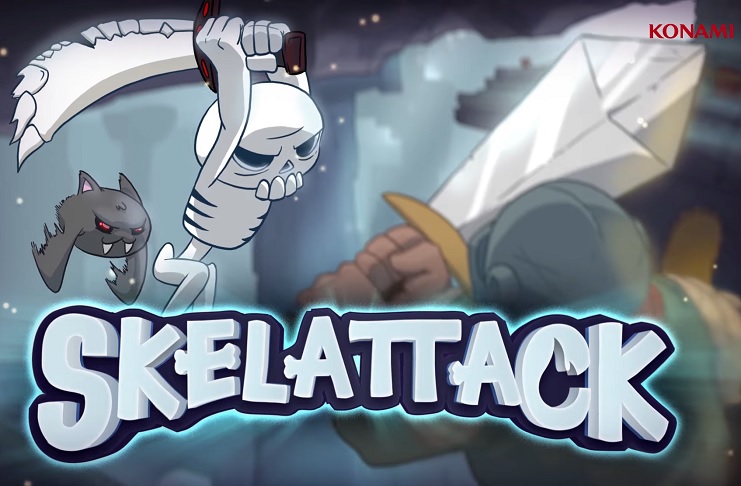 Konami Digital Entertainment is looking to develop games for the Western audience with a particular “Western” flavor. Bandai Namco started to publish games with style far from typical Japanese fare. These games include Divinity: Original Sin, Little Nightmares, and The Dark Picture Anthology.

So far, KDE stopped publishing any AAA titles from its legacy IPs. Titles like Metal Gear Survive and Contra are smaller in scale than most of their original undertakings. Even then, the Japanese company posted consistent growth over the years.

The profit growth for Konami stemmed from the three pillars of their business. These are their mobile games, Pro Evolution Soccer or PES, and their Esports ventures. This growth pushed their newfound confidence as a western third-party publisher.

Their mobile games like Yu-gi-oh! Duel Links are garnering as many as 55 million downloads. Their rebranded PES games received 50 million downloads on mobile. Konami Japan is also building an esports studio in Ginza.

“So the focus for the European team is domestic audiences. Obviously everyone knows Konami, we have studios and teams in Japan, we have many well-known, well loved IPs. They’re all being managed and looked after by our studios in Japan, and what we’re looking for is complementary titles, to build the portfolio with things that perhaps [are] new to Konami — Western titles for Western audiences.”

The move as a new Western publisher started with indie title Skelattack. The title is by small California indie dev Ukuza. The game is the passion project of art director David Stanley and was in single-person development for two years. Konami promises more games on the horizon for them.

AMC says it may create its own cryptocurrency

Why do some people delay getting vaccinated or pretend COVID doesn’t...