Is Kourtney Kardashian expecting a fourth child? A recent picture of herself is making fans and followers wonder all over again.

Speculations surfaced all over social media after the Poosh founder posted a sultry photo of herself wearing an unbuttoned shirt dress, which slightly hid her tummy. The fans found it unusual as the proud mother of three has always been confident in showing off a gym-toned body.

According to Mirror UK, a netizen was brave enough to pinpoint in the comments section that Kourtney was pregnant directly. That’s when the followers became even more intrigued as the 40-year old reality TV star neither confirmed nor denied the assumption.

Instead of shutting down the Instagram user for making a strong assumption, Kourtney simply replied, “Put the blessing out there though.”

Her reply also came with a praying hand emoji which sources suggest as something that the reality star wants as soon as possible–another baby. 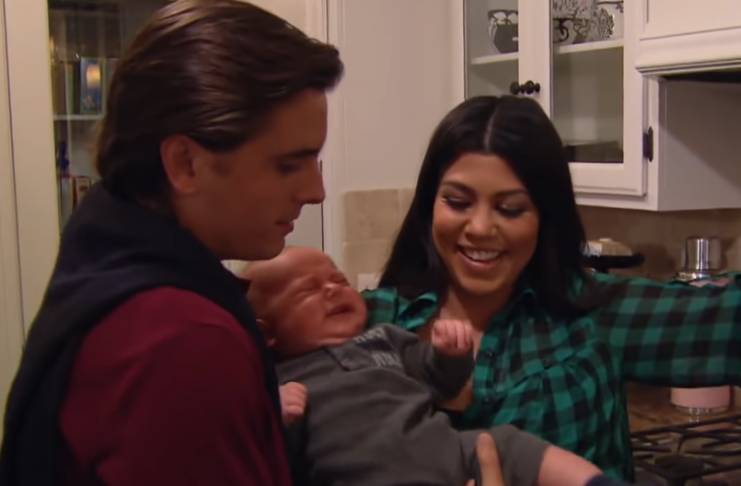 Is she quitting Keeping Up with the Kardashians for pregnancy?

Another clue that Kourtney might be pregnant is her desire to quit the family reality show that she has been working with for so many years.

Every KUWTK fan knows that Kourtney has been fighting for her decision to take a step back from filming for the reality series.

She has also voiced out spending more time with her kids, believing that raising children is also a job– the hardest and most rewarding job for her.

But fans could not help speculate whether her decision has also something to do with taking a break for another child.

Kourtney jumps on a bouncy castle amid pregnancy rumors

Other than the reply that Kourtney gave on Instagram, there hasn’t been enough details that support the rumors. In fact, during Kourtney’s niece True Thompson’s home quarantine birthday, it seemed like she’s debunking the idea.

In a recent video posted online, Kourtney is seen jumping and landing on her bottoms on a bouncy castle–something that a pregnant woman wouldn’t do.

It’s also not the first time that Kourtney has been rumored to be pregnant. Early this year, the Kardashian personality had replied “I wish” to a fan who asked her if she was pregnant. So although this means she is not expecting a baby, she is certainly open to the idea.

LG is going to launch the LG wing in India