According to Us Weekly, Warner Bros. execs have started grooming Bell even before the mean girl criticisms surrounding Ellen DeGeneres surfaced.

A source told the tabloid that DeGeneres hasn’t signed on the talk show for the next three years. And with the countless criticisms that the comedian recently received, things may get shaken up sooner rather than later.

“With Ellen’s PR disaster, suddenly Kristen’s name keeps coming up. She’s quietly been honing her hosting chops. Everybody in town loves her!” the source said.

A-listers are allegedly refusing to appear on ‘Ellen Show’

The source also claimed that some people have already started to refuse DeGeneres’ invitation to appear on Ellen Show.

There are also claims that even though DeGeneres and Jennifer Aniston appear to be very close, the A-listers don’t actually get together one on one. 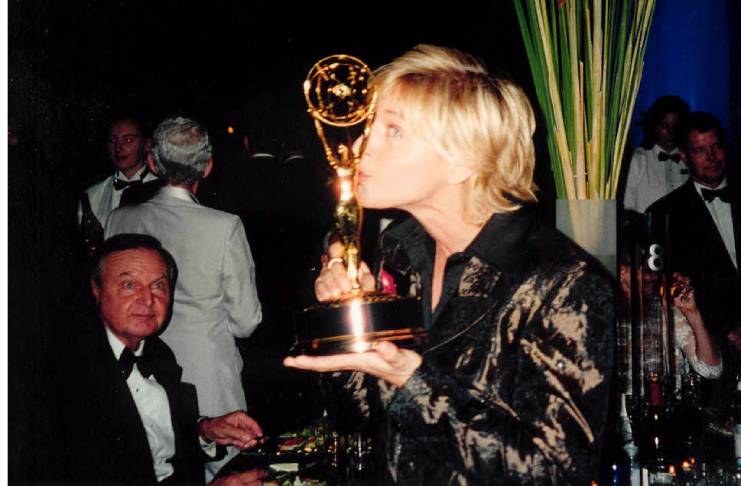 Last year, OK! magazine published a similar story. However, the tabloid claimed that it was DeGeneres who was grooming Bell.

“Everybody knows that Ellen doesn’t want to do this forever… The thinking is that she’s going to renew for two or three more years. And in the meantime, Kristen will be groomed for a big takeover,” a source said.

The insider also said that Ellen DeGeneres has agreed to take Bell under her wing so that she could learn the ropes.

“Ellen thinks she’s adorable and would not only make a great interviewer but also connect with her demographic. She’s convinced that Kristen is the perfect person to take her place,” the source said.

However, Gossip Cop debunked the claims. The publication said that the tabloid created a fake storyline after Bell hosted an episode of the Ellen Show.

In the same year, Life & Style claimed that DeGeneres was retiring. And since she wants her talk show to continue airing, she was, allegedly, eyeing Neil Patrick Harris, Chrissy Teigen, and Ellie Kemper as her possible replacements.

However, DeGeneres continues to host Ellen Show today. The only difference is that she’s doing the episodes at her home due to the coronavirus pandemic.

DeGeneres and Bell are good friends. In fact, the latter defended the former after DeGeneres was criticized for hanging out with George W. Bush.

On her Instagram account, Bell shared a photo of DeGeneres and Bush. The actress captioned the snap with “she’s my queen.”

However, Bell faced backlash for defending Ellen DeGeneres. Her critics called her privileged.