Self-made and youngest billionaire, and at the same time full-time, hands-on mom to Stormi Webster, there is nothing Kylie Jenner cannot do.

While everyone is on quarantine, the 22-year-old Jenner also has her way of making more time at home with her 2-year-old daughter, Stormi Webster.

Kylie has been posting photos and videos on her social media accounts in the past month, and most of her posts are about her little daughter. 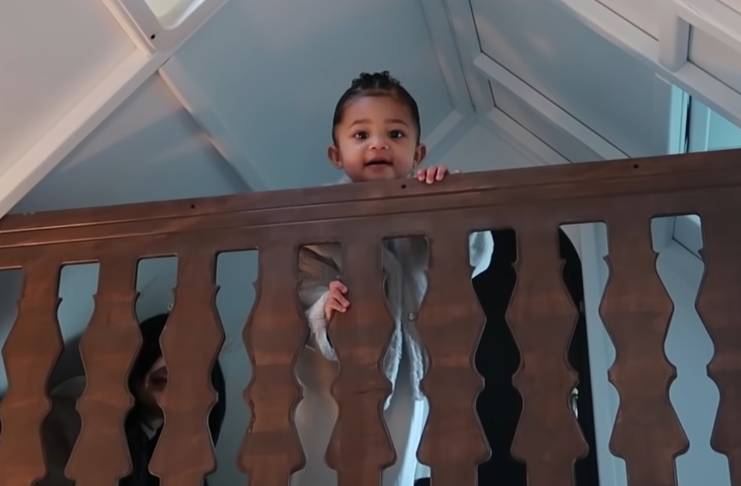 Just recently, Kylie went on Twitter and shared some of her pregnancy habits and experiences with her followers.

She revealed some pregnancy habits that she still brought up until her post-partum life, not long after she and former boyfriend and Stormi’s father, Travis Scott, welcomed their little princess.

In Kylie’s tweet, she said that it’s already been two years after she welcomed Stormi into her life, but she still keeps her pregnancy pillow on her bed.

The young actress said that she uses the pillow in between her legs when she sleeps.

it’s been two years since i birthed my baby and i STILL sleep on my left side with a pillow in-between my legs ????… is anyone with me ?

Thinking moms like her have almost the same experiences during pregnancy, she asked her followers if anyone is “with her” on that note.

One of her fans replied to her tweet and wrote that she had never given birth to a baby that she still likes sleeping with a pillow between her legs.

Kylie was fast to respond and said that it is still the best feeling.

i was a stomach sleeper pre pregnancy https://t.co/2nW7NBdnM0

Kylie also tweeted after that she used to be a stomach sleeper before she got pregnant with Stormi.

One fan responded to her tweet and wrote that she slept with a Nintendo Switch between her legs. Kylie jokingly replied whether if she should try and do the same.

should i try this? https://t.co/0zBrMMPsz3

Kylie and Stormi being on quarantine

There was even a video that showed the mother and daughter playing in their backyard with their dogs. The Keeping Up With The Kardashians actress asked the little girl to name all of their dogs, which Stormi did so.

Kylie also posted videos on her stories of Stormi playing in her extravagant playhouse which was given my her grandma, Kris Jenner, for Christmas last year.

The video of the mother and daughter sharing cuddles in her little playhouse touched many of Kylie’s fans.

The Kylie Cosmetics also wrote in one of her Instagram stories that she had learned to have patience while she was raising Stormi.

Before the clip ended, Stormi was seen climbing on top of Kylie and said: “Hi, Mommy!”

The Brilliant Team Behind SIDUS HEROES

When is the right time for children to learn to swim?

SIDUS HEROES – Overview of the Path to Success

SIDUS HEROES Has Onboarded Many Investors Onto Its NFT Project

The Metaverse Game Raised More Than $21 Million in Its IDO