The current season for La Liga has resumed with the absence of real-life fans in the stadium. FC Barcelona is reportedly pushing to let its fans in for their next match.

The recent La Liga news headlining sports publications is the FC Barcelona’s request to let their avid fans in the stadium in time for their upcoming match with Atletico Madrid.

As of this writing, Barcelona currently in second place in the La Liga standing, while Atletico Madrid sits in third place. It looks like Real Madrid has taken over the top rank since last week’s Micky News report.

Per 90 Min, the Spanish government has recently ended the “state of alarm” of status following the coronavirus outbreak. Spain is, reportedly, “one of the worst-hit countries” since the pandemic began.

Social distancing rules have been implemented as its government eases the lockdown restriction. In fact, people are now allowed to enter restaurants, bars, and night club.

It is believed that such rules can also be implemented for sports stadium events.

According to a local media outlet, Mundo Deportivo, the president of the football organization, Javier Tebas, does not oppose to Barcelona’s request to have an audience to their upcoming matches.

However, the government, through its Superior Sports Council, is said to be “reticent.” Accordingly, the club is said to impose necessary rules, in accordance with that of its government’s rules—”the axis on which this new standard will pivot is that the distance of 1.5 meters between people or an area of ​​2.5 square meters per person be maintained whenever possible.” 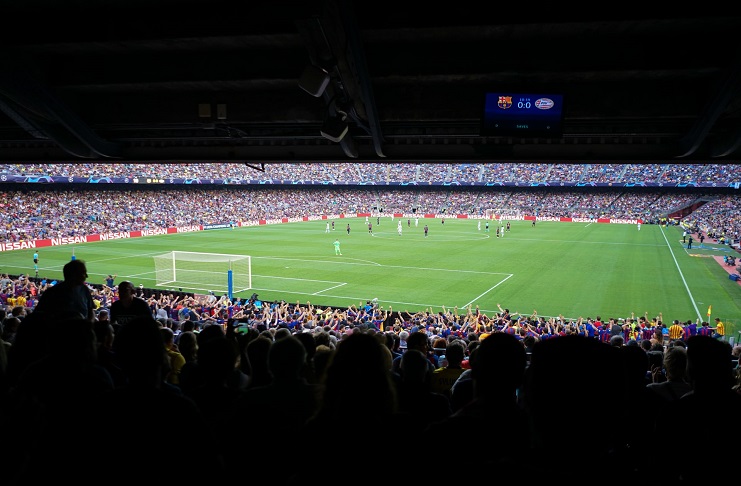 La Liga news: steps that the club can take

The club’s ideal scenario is that they can allow a percentage of its fans to come and witness the most hyped match of the 2019-20 season. Reportedly, Camp Nou could take in “a third of an inning” or “more than 98,000 spectators”  this June 30.

Per the Spanish media outlet, Barcelona wants to prioritize its partners’ physical attendance, and they can organize a system to remotely supervise the entry and the exit of its spectators.

Organizers will need to assign a “time of entry and exit from the venue through the mobile phone.” With this, interested fans and partners would need to register beforehand for organizers to monitor.

Accordingly, the club is said to be keen on having its fans back at the stadium and will insist on this possibility until it finally happens. Right now, what fans see on their screens are cardboard cut-outs of fans filling the empty sits of the football stadium.