Lady Gaga and Bradley Cooper, allegedly, fell in love on the set of their hit movie, A Star Is Born.

Last year, Life & Style claimed that Lady Gaga fell head over heels for Cooper. However, the singer’s friends warned her about the actor because he’s, allegedly, a heartbreaker. However, no concrete pieces of evidence can confirm that these hearsays are correct as of this writing.

But an unnamed source insisted that Lady Gaga and Cooper became closer to each other after his split from Irina Shayk. And the “Poker Face” singer didn’t immediately want to make her so-called relationship with Cooper public for fear. Lady Gaga is, allegedly, worried that people will call her a home-wrecker.

“When she’s passionate about something or someone, she’ll jump in without thinking about the consequences. She’s only seen the ‘good’ side of Bradley. Dating him is a completely different story and that’s when you get to know the real Bradley Cooper,” the unnamed source said, as per Life & Style. 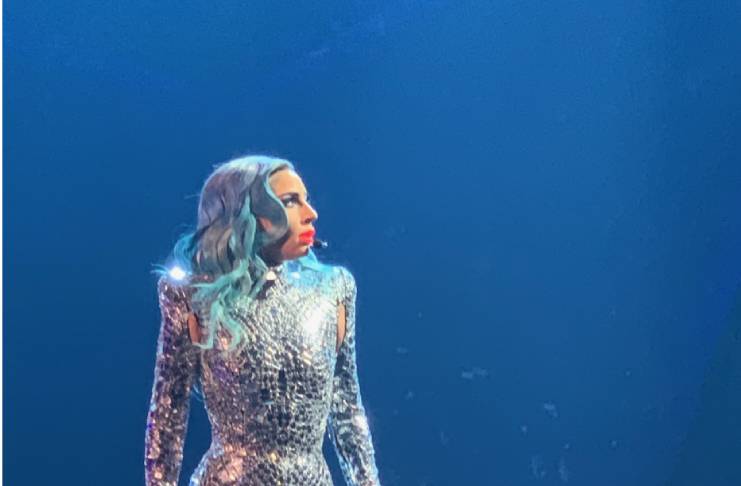 Is Bradley Cooper a player?

The insider also claimed that Cooper has a reputation for being a player. And the actor isn’t, allegedly, the best person at relationships.

As such, the singer’s friends are worried about her.

Lady Gaga, Bradley Cooper did not fall in love

However, Lady Gaga and Cooper didn’t fall in love on the set of A Star Is Born. And the co-stars didn’t date after they wrapped up filming for their hit movie.

During her interview with Oprah Winfrey for Elle, the “Shallow” singer called the rumors that she and Cooper are a couple “silly.”

“I mean, we made a love story. For me, as a performer and as an actress, of course, we wanted people to believe that we were in love. And we wanted people to feel that love at the Oscars. We wanted it to go right through the lens of that camera and to every television that it was being watched on. And we worked hard on it, we worked for days. We mapped the whole thing out – it was orchestrated as a performance,” she explained.

Winfrey also mentioned what Cooper said when she spoke to the actor. The Silver Linings Playbook star that if the dating rumors were true, he wouldn’t have been able to look Lady Gaga in the eye during their performance.

While speaking with Jimmy Kimmel on Jimmy Kimmel Live! Lady Gaga also denied the dating rumors. She said that “Shallow” is a love song and A Star Is Born is a love story that’s why they seemed in love.