According to In Touch Weekly, Lady Gaga became pregnant shortly after her engagement to Polansky. The couple has only been dating for six months. However, no concrete pieces of evidence can confirm that these hearsays are correct as of this writing.

Is Lady Gaga sporting a growing baby bump in public?

But an unnamed source insisted that the “Poker Face” singer is expecting her first child with her businessman boyfriend. And to make the tabloid’s story more believable, they published a photo of Lady Gaga seemingly sporting a growing baby bump.

In the snap, the “Shallow” singer is holding pizza boxes in her hand while wearing her workout gear. Her abdominal area seems enlarged but this may be because of what the singer is wearing.

But the tabloid insisted that the only reason why Lady Gaga’s stomach seems enlarged is that she’s pregnant. They even called it a “telltale bump.”

“Gaga is absolutely glowing,” the unnamed source said, as per In Touch Weekly. 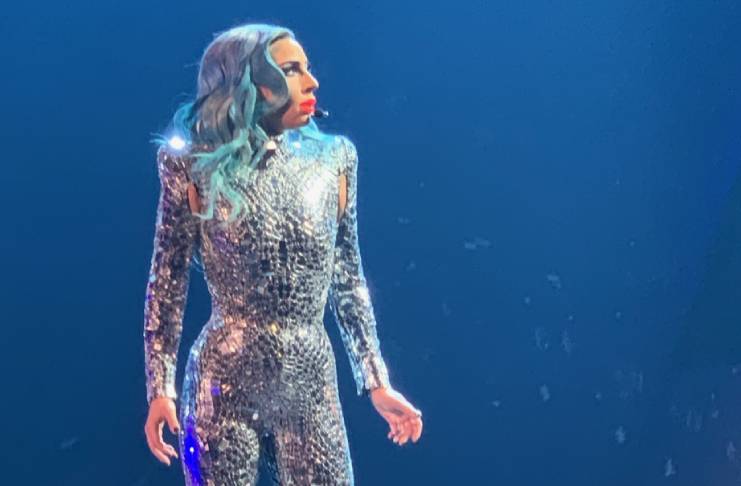 The insider also said that Lady Gaga is about four months pregnant. And her friends are convinced that the rumors are true because she refuses to give them a straight answer.

During a previous interview, the “Born This Way” singer said that she’s looking forward to having kids of her own.

“Isn’t it incredible what we can do? We can hold a human inside and grow it. I look forward to being a mom,” Lady Gaga said.

The source also mentioned the singer’s failed relationships. And they insisted that Lady Gaga had a relationship with Bradley Cooper. The A Star Is Born co-stars, allegedly, fell in love on the set of their hit movie.

Is Gaga engaged to Michael Polansky?

But the source insisted that they shared something more than just friendship. And today, the singer has found her perfect match in the Silicon Valley businessman, Polansky.

“He makes her happy, and there are no red flags, which she says was always a problem with her exes. Her friends think the pair might also be secretly engaged. Gaga is living her best life right now. That’s why she’s moving forward with her dreams – she wants a loving husband and a family,” the source said.

However, one should take the claims made by the tabloid with a grain of salt. Lady Gaga is not engaged to Polansky, and she’s not engaged either.