Fans are unsure what Blizzard is up to with its recent buffs and nerfs for the Overwatch heroes. It seems like the developer is trying to reinforce a new meta with the recent changes just in time for the next competitive season of the game.

An update for Overwatch released last Aug. 31 made a lot of tweaks to the game’s heroes. The changes come shortly before the end of the current competitive season, which ends on Sept. 2. Here are some of the key changes that players should take note of in the recent update.

The recent update to the game surprisingly makes a lot of nerfs to the game’s DPS heroes. Heroes like McCree, Junkrat, Pharah, and more. The changes come a few weeks after Blizzard effectively nerfed some of the shield tanks in the game.

While the nerfs are not as big as previous tweaks, they are still important for players to know. The changes mostly affect the damage output of certain heroes.

“In an environment with less pervasive barriers, some Damage heroes have become increasingly lethal. As such, we’re now looking to reduce damage outputs accordingly,” Blizzard wrote in the Overwatch patch notes. “As a cascading effect, this also introduces a need to reduce healing outputs for some Support heroes, as there’s less damage being dealt overall.” 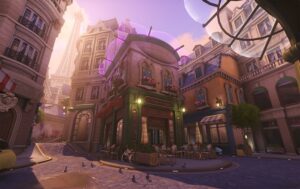 Almost every shield tank has been made ineffective after the update was made a few weeks ago. For a time, it felt like Roadhog and D.Va were the only viable tanks in the game. However, the recent patch brings Orisa into the meta. The changes to her Halt ability before have been reverted, hence, the buff.

It seems more and more like Blizzard is trying to balance out the new anti-shield meta that’s currently in the game. This is an exciting thing that Blizzard is trying, as players don’t have to rely on the dive meta, which has been around for years now.

Overwatch has been due for some meta changes. It’s good that Blizzard is finally coming around to bringing those in. Only time will tell if the changes are going to be loved by fans.