Developer and Publisher Riot Games announced League of Legends: Wild Rift back in October of last year, and fans were immediately overcome with excitement and anticipation at the thought of taking their favorite Multiplayer Online Battle Arena (MOBA) with them on the go.

Unfortunately, Riot didn’t leave gamers with much information aside from Wild Rift being a watered-down version of its PC counterpart. Until now, that is.

The Los Angeles-based video game company recently released a 14-minute-long extended gameplay preview of the game and, based on how it looks from the footage, Wild Rift may give reigning mobile MOBA king Mobile Legends a run for its money.

A message from Michael Chow

While the video is chock-full of tantalizing gameplay footage, Riot also made sure that fans heard from different members of their team about what Wild Rift is aiming to accomplish.

The clip starts with a few words from Riot executive producer Michael Chow, who’s excited to announce the start of their two-week mobile Alpha testing in Brazil and the Philippines during the first week of June.

Chow also added that the developers are looking to the fans for feedback about whether or not the game “feels like an authentic League of Legends experience” using a dual-stick type of control scheme.

Brand new gameplay, a limited Android alpha test for players in Brazil and the Philippines, and a whole lotta montages. Join exec producer Michael “Riot Paladin” Chow and the Wild Rift team for a deep dive /dev diary from home.

Bringing the champions of League of Legends to Wild Rift

Product manager David Xu discussed the importance of keeping the “feel” of League of Legends’ (LoL) champions when bringing them into a faster game with a different control scheme and a slightly smaller map.

Moreover, he confirmed that 36 champions made the transition from LoL to Wild Rift and that there would be a lot more in the future.

They aren’t going to be carbon copies of their PC counterparts, however, as the developers have made some slight tweaks to the champions’ abilities to better suit the different controls.

Wild Rift lead Jonathan Chao spoke at length about some of the gameplay changes players can expect once they transition to the mobile and console game.

Runes will be implemented, similar to LoL, but will be streamlined to fit the shorter match lengths. There will also be a few new runes added that are exclusive to Wild Rift.

In addition to the rune system, Chao introduced the key features of the upcoming MOBA’s map and items, which remain pretty faithful to LoL’s Summoner’s Rift.

Gamers can expect matches to last anywhere between 15 to 20 minutes on average, similar to other mobile MOBAs. 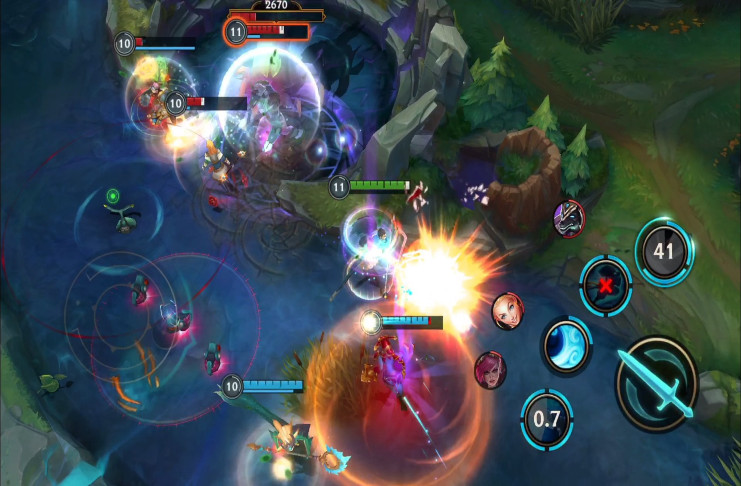 The game’s regional alpha will feature a normal mode where players compete against each other in a 5v5, a co-op vs AI mode where friends can play against computer-controlled enemies, and a tutorial where newbies can learn the basics.

League of Legends: Wild Rift’s alpha kicks off on June 6, with plans to go live in most regions by the end of the year.