Lena Dunham recently talked about the awkward kiss that she shared with Brad Pitt at the London premiere of Once Upon A Time In Hollywood.

This week, the Girls star appeared on Watch What Happens Live to shed light on what really took place between her and Pitt last year. Lena Dunham went in to kiss her co-star, and it landed on the side of Pitt’s lips.

“I don’t know if you remember but there was a sort of awkward photo taken of the two of us. Well, the way the Internet read it was I had somehow physically accosted him causing him a great deal of stress… I would never force a kiss on Brad Pitt. I respect far too much as an artist and a friend,” she said.

Following the incident, Pitt realized how nervous Dunham must have felt so he invited her to have pizza with him. During their secret hang out, Pitt gave Dunham the ring that he was wearing.

According to the actress, the jewelry has brought her nothing but luck. After all, amazing things happen every time she wears it.

In the film, Dunham plays the role of Catherine Share. Catherine is one of the first people that Cliff Booth (Pitt) meets after he finds out about the Manson family. 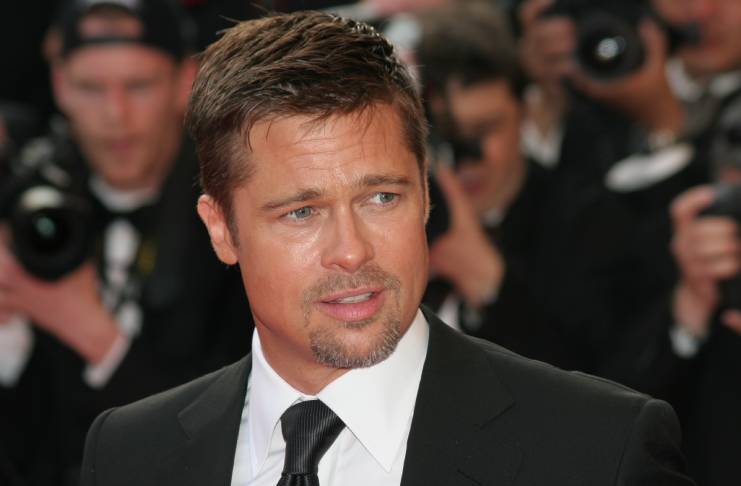 Lena Dunham also revealed that she and Pitt have known each other even before they starred in a movie together. When Pitt saw Dunham on the set of Once Upon A Time In Hollywood, he carried the actress and spun her around.

Dunham said that the special moment felt like they were at prom and she was dancing with the hottest guy at school.

Pitt won the best supporting actor for his role in the movie. During his speech at the Oscars earlier this year, Angelina Jolie’s ex-husband referenced Donald Trump’s impeachment trial.

“They told me I only have 45 seconds up here… which is 45 seconds more than the senate gave John Bolton this week,” he joked.

Pitt also made headlines this week after Jolie’s Maleficent: Mistress of Evil co-star, Elle Fanning dressed up like him. During her interview on The Tonight Show, Fanning proudly said that she makes a good doppelganger of Pitt.

A photo of Fanning flashed on the screen and the actress proudly confirmed that it’s her in the snap. Fanning also enjoys recreating Daniel Day-Lewis’ Bill the Butcher character from Gangs of New York.

‘My Hero Academia’ Chapter 337 spoilers: The traitor and the alleged...

What play-to-earn games like Sidus: NFT Heroes can tell us about...