Lenovo brings back the “removable battery” setup, plus a distinctive octa-core processor.

The Lenovo A7 is now official. Lenovo’s newest budget-friendly smartphone, unlike most of its rivals in the segment, dares to stand out with some of its unique internal offerings, headlined by a new processor and the re-emergence of an old battery setup.

The UNISOC SC9863A octa-core processor powers the Lenovo A7. The entry-level SoC boasts 8 ARM Cortex-A55 cores in two clusters. The chip’s one performance cluster comes with up to 1.6Ghz, plus an efficiency cluster with up to 1.2GHz.

Additionally, the Lenovo A7 is coupled with 2GB of RAM and is running on Android 9.0 Pie OS.

One of the more identifiable features of the Lenovo A7 is its inclusion of a removable battery. While most of the consumers today might not be even aware of the concept, such a phenomenon was a trend a few years ago.

The Lenovo A7 is equipped with a 4,000mAh battery. Lenovo claims that with the battery in tow, the phone can provide up to 416 hours of standby times. 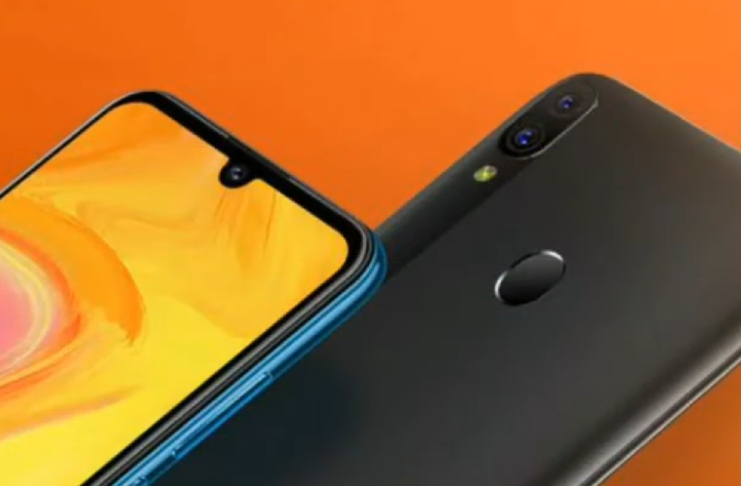 Other key features and specifications

The Lenovo A7 is built around a 6.09-inch HD+ display with a resolution of 720 x 1,560 pixels, with a waterdrop notch right on top, which houses the phone’s front-facing camera. The screen also comes with a pixel density of 320 PPI.

Around the back of the Lenovo A7, a vertically-placed dual-camera setup can be seen. The system comprises a 13MP primary camera and a secondary 2MP shooter, which is used for depth-sensing.

The camera that is housed in the phone’s notch is a 5MP selfie shooter. Other key camera features include an LED flash and AI scene recognition, with the latter capable of determining 12 types of scenes. On its rear, a mounted fingerprint sensor can also be seen.

As the product page of the Lenovo A7 is still to appear on Lenovo’s official website, expect the features above and specification to become more specific.

The Lenovo A7 retails in two color variants – Black and Blue. At the time of writing, the pricing and availability of the handset are yet to be revealed by Lenovo. Currently, the device is only geared for the Chinese and Middle Eastern mobile markets.