Top clothing brands, Levi’s and Uniqlo, have already released its clothing line in collaboration with Nintendo’s Super Mario. More collaborations are in store as part of the video game’s 35th-anniversary celebration.

The Super Mario franchise is partnering with other brands to broaden its audience outside of the gaming world. Nintendo Director, Shigeru Miyamoto, announced promising collaborations for the franchise anniversary celebration.

Accordingly, the renowned video company is aiming to “create more opportunities” for people to have contact with the Super Mario characters on a much larger scale.

To kick off the collaboration, Miyamoto announced working with Levi’s and Uniqlo for clothing line collections. As of recent, both brands have officially released their Super Mario-themed collection online.

Unfortunately, due to the global coronavirus pandemic, no physical launch event activities transpired. Instead, both clothing brands took it to social media and their official websites to announce the arrival of the Super Mario collaboration.

The well-known American clothing company has previously announced its Super Mario-themed clothing line on March 10, during the Mario Day. The release of the anticipated collection was on April 1.

Unfortunately, due to the current coronavirus pandemic, shipments will be delayed. Recently, Levi’s tweeted that the shipment to North and South America is experiencing “slight product delays.”

Due to COVID-19, our Levi’s x Super Mario collection is experiencing slight product delays in North and South America.

Stay safe, stay home and we will keep you posted on a new launch date. pic.twitter.com/aywyABvbWL

The United States is currently experiencing a strong impact of COVID-19, with more than 100 thousand cases already reported. Just like all other countries suffering from this pandemic, logistics in import and export has been constrained.

Since its announcement on April 2, Levi’s released no new updates.

On the other hand, for Super Mario fans living in the UK, it seems like there are no shipment delays.

Consumers can place their orders on Levi’s official UK website.

Ready to power up?​ 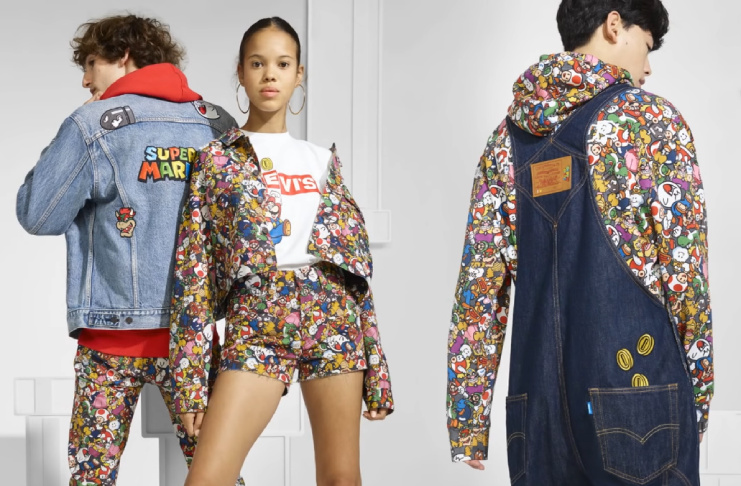 “Since its creation in 1985, Super Mario has been loved by people all around the world and beyond the boundaries of the game. Our UT collection celebrates Super Mario Bros’ 35th anniversary and features graphic prints of everyone’s favourite hero,” reads Uniqlo UK’s launch release.

The Japanese clothing company only released items for men and kids, none for women.

Furthermore, Nintendo also has non-clothing partnerships in the works as well.

Aside from that, Nintendo also announced the Super Mario -themed Lego set on “MAR10 DAY”,