Indie game Little Devil Inside is receiving flak due to its racist stereotype design.

Owing to that, developer Neostream Interactive is quick to clear the issue and address the problems. According to fans, Little Devil Inside has enemies that show potentially racist stereotypes.

This look pertains to black-skinned enemies with thick lips and wearing African tribal masks. The entire look harkens back to blackface, a stereotypical role in the past.

LDI is one of the cuter survival RPGs that came out of the recent PS5 event. The game got a kickstarter campaign in 2015. With five years of development, the game is where it is now. So far, the game looks fun and polished.

Even then, the trailer for the upcoming game only has a single caveat. One of the monsters is a mishmash of clear racist stereotypes for black people. The monster has black skin, thick lips, dreadlocks, a tribal mask, and wears a loincloth.

These details did not come unnoticed within the gaming community, who are quick to point it out. With the current political atmosphere around Black people, it’s a much bigger surprise that nobody in the team noticed.

Neostream took notice and promised that they would not feature the design in the final game. The team addressed the issue on their Facebook page, who noted that the stereotypes were not their intention.

“Racist stereotypes of any kind were absolutely not intended, we were not aware of the stereotypical connotations and wish to apologize to anyone who may have been offended by the character design,” said their post.

“The design intention was to create characters who are protectors/guardians of a particular mystic region in the world of Little Devil Inside. We were not producing character designs referenced on any real African and/or Afro-American human tribes.”

LDI design issue a matter of timing, not intent

Little Devil Inside triggered a potential political correctness landmine with their design. Even then, there’s no reason to believe that Neostream intended for the design to be racially empowered. 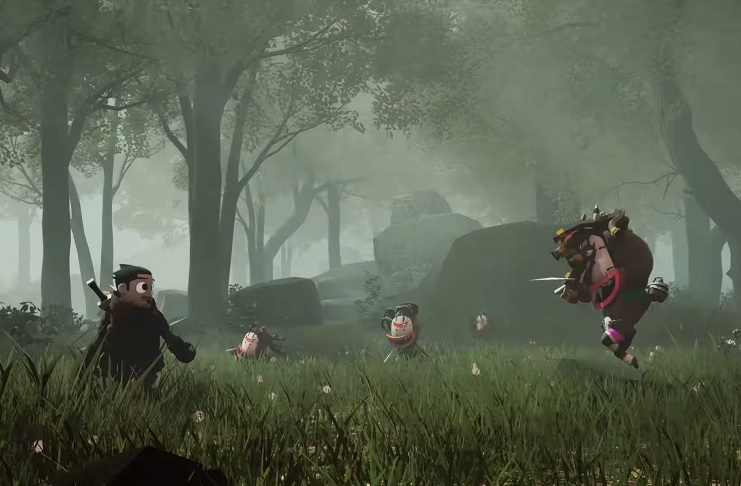 Apart from having no history of black disempowerment, Neostream also used a common design. The team noted that they were trying to use different tribal masks from different countries. At the same time, the inspiration came from Moana’s kakamora.

Tribals are also not uncommon characters in video games. Some good examples of using the trope include From Dust and Crash Bandicoot’s Uka Uka. Even then, the timing is more problematic, more than the inadvertent design. While the stereotype is not ok, the problem amplifies with the current Black Lives Matter movement.

The devs promised to remove and correct any issues with the design. Moreover, Little Devil Inside is coming to PC and all consoles, but there is no release date as of today.