It may be time to bid the 13-inch MacBook Pro farewell as Apple is rumored to make a larger upgrade this 2020.

After updating the 16-inch MacBook Pro and the MacBook Air, Apple may be giving the 13-inch MacBook Pro a little bit of TLC this time as rumors begin circulating of design changes that will happen with the laptop.

According to known industry leaker Jon Prosser of Front Page Tech, people may have to say goodbye to the 13-inch MacBook Pro as the update may soon increase its size. He made this claim in a Twitter post and revealed that the new laptop’s codename is J223 (possible pre-production model code). He says that people may soon see a 14-inch display upgrade for the MacBook Pro.

So the bigger 14” display upgrade is a big possibility

Not the first time

If Prosser’s claim is proven to be true, this would not be the first time that such a thing would happen. Back in November last year, Apple enthusiasts saw the 15-inch MacBook Pro replaced by the 16-inch. This happened because a reduction in the bezel size had given the company an opportunity to make use of a 16-inch screen without adding too much to the laptop’s dimensions.

It would make sense for Apple to do the same for the 13-inch, seeing as it is also the only MacBook Pro that still uses the Butterfly keyboard. Updates to the 16-inch MacBook Pro and the MacBook Air had seen the addition of a new and more functional scissor switched-based “Magic” keyboard.

MacBook users had long complained of the inadequacies of the Butterfly keyboard, and the Magic keyboard was a much-needed replacement. If Apple does not make the same keyboard switch on the 13-inch MacBook Pro, there would no doubt be pandemonium. 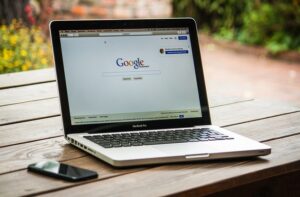 When will the update come?

According to Prosser, people may see a new 14-inch MacBook Pro by next month, but given the current situation with the novel coronavirus pandemic, that possibility remains to be seen. It is possible that the launch of the 14-inch MacBook Pro would coincide with Apple’s Worldwide Developers Conference (WWDC), which this year would only be held online for the health and safety of the attendees.

The WWDC is scheduled to happen sometime in June.

Images courtesy of Pixabay and veeterzy/Pexels