Mafia: Definitive Edition is coming this August as publisher 2K Games teased what seemed to be Mafia 2 and 3 remasters.

The full reveal will happen on May 19, so fans would need to wait a week. As soon as 2K Games dropped the Mafia Trilogy teasers, there was one thing missing.

The original Mafia was not around, which hinted a Mafia: Definitive Edition. Pundits were right, and fans found out where to look.

According to its Microsoft Store page, the game will come out on August 28. There is no information on which platforms it will show up.

Ahead of the scheduled May 19 announcement date, entries in the Microsoft Store showed up. The store listings were for Mafia and Mafia 2, with Mafia 1 having an August release date. It seems the listings were a mistake, as the listings are now down and out.

The stores, however, have brand new screenshots that show the games all dolled up. The graphics of Mafia in the screenshots, released in 2002, are now in HD. Everything in the images shows the rich backdrop of Prohibition-Era America.

People who have Mafia: Definitive Edition can also unlock content in Mafia 2 and 3: Definition Editions. What this hints to fans is that the entire franchise will be a compilation. There is a level of continuity that will exist for all titles.

The store page also said that the game is “faithfully recreated, with expanded story, gameplay, and original score. This is the Mafia you remembered and much more.” The same is also true with Mafia 2.

Mafia will bring the swanky Prohibition-Era to fans

It’s easy to see why people are showing excitement from what the screenshots look like. Every image shows off the cinematic drama that Mafia always had in it. Everything is picturesque, like a scene of a 1930s documentary of the times.

Players can see all the gloriousness that the original Mafia games brought. While the original games aged, the remaster brings them back in all their sweet beauty.

There is no information if there are gameplay changes that 2K Games will add. The story will undergo expansion, but not much after that. What fans can be sure of is that every play session will be deeply immersive. 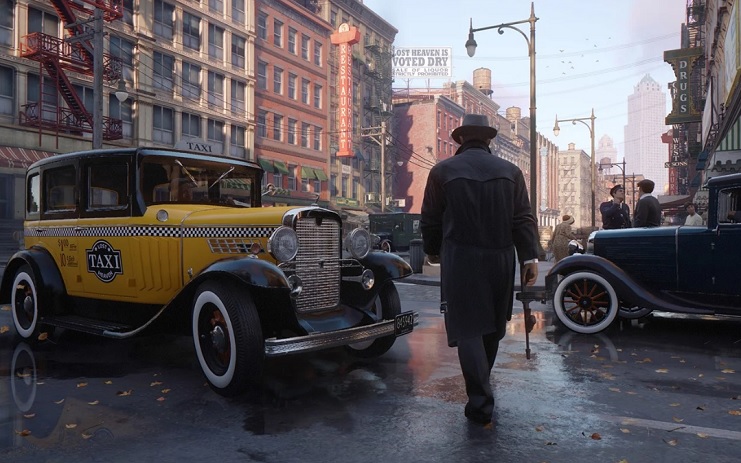 The story of Mafia follows the life of an ordinary taxi driver during the 1930s. Caught up in organized crime, Tommy needs to find his way around Lost Heaven and wade through its underground.

Mafia: Definitive Edition fans should find more information from the game’s official website. Even then, there’s only a sparse teaser banner on the site for the Mafia: Trilogy.