Home Gaming ‘Mafia: Definitive Edition’ will be a complete remake

Open world mob game Mafia is being completely remade from the ground up and will include tons of new features.

The Mafia series recently made the headlines as publisher 2K Games and developer Hangar 13 announced that they’d be working together on Mafia: Trilogy for the PlayStation 4, Xbox One, PC, and eventually Stadia.

2K Games’ compilation project includes an HD remaster of the second game in the series, as well as Mafia 3: Definitive Edition which is the same game that was released back in 2016 but includes all of its downloadable content.

The most interesting part of the trilogy, however, has to be the first Mafia title which was revealed to be a total remake. The game will be rebuilt using a new graphics engine and will also feature revamped gameplay and brand-new story content and cutscenes.

Re-made from the ground up, Mafia: Definitive Edition offers a faithful remake of the original's acclaimed story with dramatically improved and expanded visuals and gameplay.

Available August 28. Pre-order now on its own or as part of the #MafiaTrilogy
→ https://t.co/niaqDY2oj8 pic.twitter.com/lgD2LKMFsw

In a statement prepared for the Mafia remake announcement, Hangar CCO and president Haden Blackman told fans that he understood how much the original Mafia title influenced storytelling in video game narratives today, and how beloved the game remains even now.

Blackman continued by saying that he was given the chance to usher the classic title into the new era, drawing in the younger generation while allowing longtime fans to experience Mafia in a whole new light. 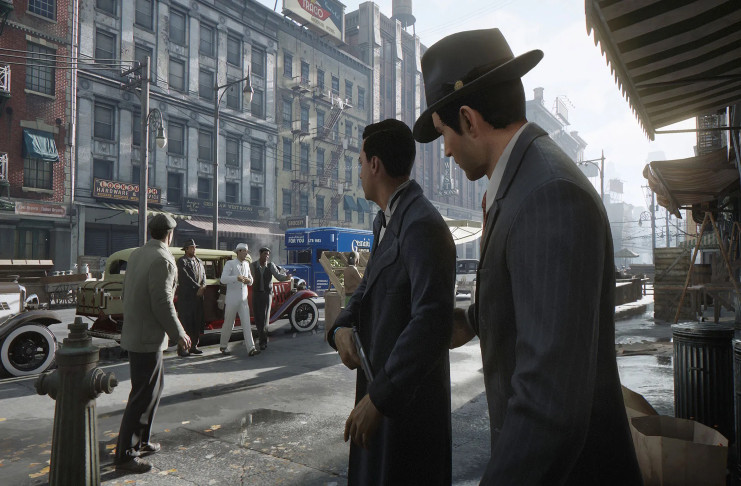 Check out the full statement below:

“The original Mafia made such a lasting impact on how video games can tell serious stories, and we know how much the series fans still revere it. Nearly 20 years after the Mafia series started, we now have an amazing opportunity to introduce this beloved game to a new generation of players, and give longtime fans a chance to relive Tommy’s story with a stellar modern presentation and new story elements and gameplay features.”

The mob-themed title was originally released on PC back in August 2002 and was subsequently ported to the Xbox and PlayStation 2 a couple of years later. The game entered development at the tail end of 1998 and was initially conceptualized as a driving simulator akin to the Driver series.

Originally titled Gangster, Mafia was poised for release in 2000 but was later pushed back two years due to a change in-game engine. It was also supposed to include a few multiplayer modes, but the idea was later scrapped.

The improvements to Mafia 1 and 2 Definitive Edition are basically night and day pic.twitter.com/0buuJiSgVb

The PC release garnered critical acclaim from gamers and critics, offering a grittier and more realistic alternative to the popular Grand Theft Auto series. Fans loved the game world which was far more expansive than other titles at the time.

The console ports weren’t nearly as well-loved due to the notable exclusion of police patrols in the Free Ride mode, as well as a significant downgrade in graphics.

Mafia 2 and 3’s definitive editions hit stores on May 19, while Mafia: Definitive Edition is set for release on August 28 alongside the trilogy’s physical edition.