After going through two rounds of beta testing in the past six months, Mario Kart Tour’s multiplayer option will be going live this Sunday, March 8, at 8 PM PT. Fans of Nintendo’s hit mobile game app will soon be able to race against up to seven other players from anywhere around the world.

It was late in September of last year when mobile game enthusiasts finally got the chance to enjoy Nintendo’s Mario Kart Tour on iOS and Android devices. The release of the smartphone app was highly anticipated, at least by fans of the gaming giant’s Mario Kart series who wanted a mobile version of the racing game. Last fall, they saw their wish fulfilled. 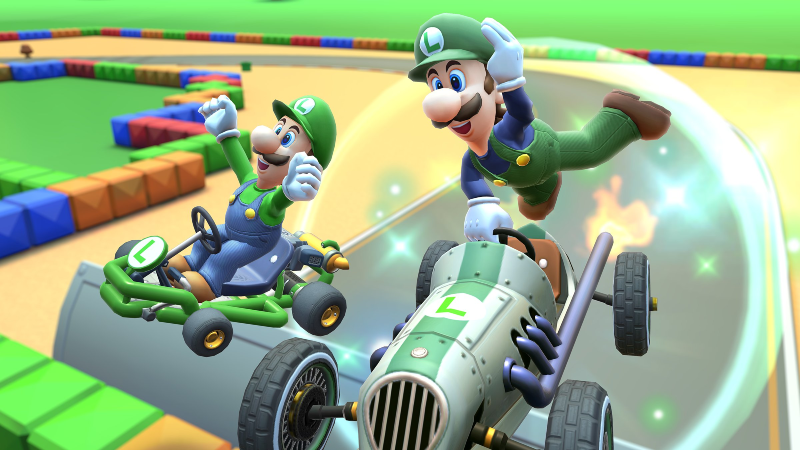 That September rollout, however, did not come with a multiplayer option for users. Well, at least not one that was free of charge, nor readily available.

Nintendo did eventually host a follow-up beta test at the start of this year and made it available for all users for free. The second beta test only generated even more excitement over the upcoming multiplayer rollout.

Originally, Mario Kart Tour only allowed players to compete against computer-controlled foes. But beginning this Sunday, they can start racing against other players in real-time.

Multiplayer for #MarioKartTour comes out on Mar. 8, 8 PM PT! You can compete against seven other players, whether they’re in-game friends, nearby, or around the world. Are you ready to play? pic.twitter.com/IRwBONq560

According to Nintendo, Mario Kart Tour multiplayer will offer Standard races that will feature in-game rules that are always changing on a daily basis. Players themselves can even choose to set their own rules for the game. As mentioned earlier, multiplayer allows for a maximum of seven players to compete against each other.

Race against players worldwide to raise your grade under rules that change daily in Standard Races and Gold Races. When racing friends or others nearby, Rooms let you pick speed, item slot number, and more. Play your way when #MarioKartTour multiplayer launches Mar. 8, 8 PM PT! pic.twitter.com/ckkekAsbHS

Another blockbuster for Nintendo

Mario Kart Tour may have debuted relatively late in 2019, but it certainly has finished the year strong. As a matter of fact, a report released by Apple in December stated that the racing game was the most downloaded game among iPhone users in 2019, managing to top other popular titles like Fortnite and Call of Duty: Mobile.

Mario Kart Tour can be downloaded from the Apple App Store or from the Google Play Store. Although the app is free to play, it also comes with a subscription option at $4.99 a month that allows users access to various in-game goodies not available in the free version.