Keanu Reeves admitted that it would be ‘fun’ to be part of the Marvel Cinematic Universe.

Marvel continues to expand its franchise with more film and series projects. As this dynamic goes, fans and avid viewers also get to witness new faces in these ventures.

Over the years, though, many individuals have seemingly waited for a highly acclaimed actor’s arrival in the MCU. It appears to be Keanu Reeves, especially after learning about his previous meeting with Kevin Feige.

When asked about it in one of his recent engagements, the Speed star confirmed that he, indeed, met the MCU boss, according to Screen Rant.

As part of the promotion for The Matrix Resurrections, Keanu Reeves and Carrie-Anne Moss sat down for an interview with Comic Book. Amid the conversation, he reportedly said that the 2019 meeting with Kevin Feige centered on his potential role in the Marvel Cinematic Universe.

Apart from confirming the previous engagement, he also described the MCU boss as a “cool cat.” He, then, later on, clarified that they “do not have anything,” adding that they “got to find something.”

A Marvel role would be “fun”

Following the interview, Keanu Reeves shared another set of statements about his potential involvement in the Marvel Cinematic Universe in a quick “chat” with Entertainment Tonight. It took place at the premiere of The Matrix Resurrections as he walked the green carpet.

He began by sharing praises and compliments to the studio. He said that the MCU features “many wonderful films and filmmakers,” as well as artists. Accordingly, “it would be fun” to be part of it all. 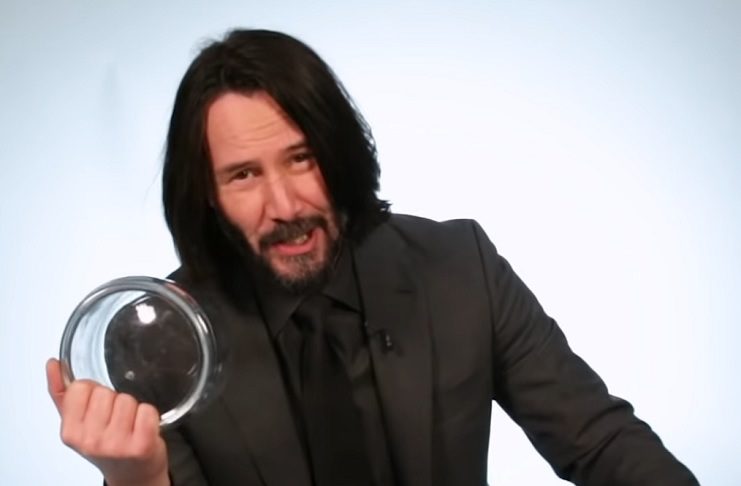 But, as to where he could see himself in the said universe, he said that he does not know, and he does not have an answer to it.

Earlier in November, the Constantine actor also had similar sentiments about the studio. After saying that “it would be an honor” to become part of the “Marvel-verse,” he pointed out that Marvel is “doing something no one’s ever really done.”

He noted, as well, how “special” it is in terms of the “scale, ambition, and production.”

Keanu Reeves in The Matrix Resurrections

Meanwhile, Keanu Reeves is seemingly still occupied with other projects. His latest venture, The Matrix Resurrections just premiered a few days ago, and has yet to drop on screens in other countries.

It is a follow-up to The Matrix film series, which houses three movies, with the last one premiering in 2003. It serves as the sequel to The Matrix Revolutions.

Amid his busy schedule these days, though, fans are just waiting for more updates regarding his potential future in the Marvel Cinematic Universe.