The Marvel’s Avengers storyline somehow centers with Kamala Khan—a known Marvel comic character. Out of all the characters, why Ms. Marvel?

One thing is for sure, Square Enix and Crystal Dynamics beat the MCU to introducing Ms. Marvel to the digital world, with having a Marvel’s Avengers Kamala Khan storyline concept. Although, a real-life Ms. Marvel will still have different portrayal to that of the game, for sure.

Based on all the trailer drops and the latest War Table, Kamala Khan is a new entry to the Avengers team. She’s a fan who is able to live the dream of becoming one of the Avengers, fighting alongside Ironman and Thor.

Story-wise, her role is similar to that of Ant-Man during Avengers: Endgame, when he tried to gather the team back. The plot is somehow the same, with two of the team’s leaders butting heads on whether or not going back out there is even a good idea. In the movie, it was Tony Stark and Captain America strongly debating.

In the game, with the supposed death of Captain America, it is, again, Tony Stark and Dr. Bruce Banner, also known as Hulk. There’s Natasha, always ready to fight and support the team. Also, there’s Thor, who reappears after sulking for what had happened, and the need to play catch-up with the recent events. 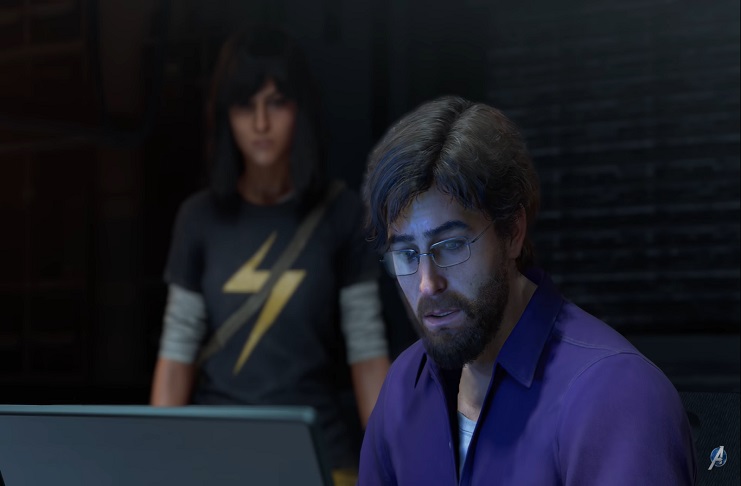 Kamala is an Avengers fan who strongly believed that her superhero idols were not responsible for the A-Day fiasco. She was also one of the many who got infected, transforming her into an inhuman as well.

She had evidence that the Avengers were indeed set up, and so she reaches out to Bruce Banner. This is where she becomes part of the A-team.

Who is Ms. Marvel?

Kamala Khan, with the hero name Ms. Marvel, is Pakistani-American who grew up in Jersey City. How she got her powers is somewhat similar to the story of the game, but it didn’t happen on A-Day.

Her powers came from when the “Black Bolt of the Inhumans released the Terrigen Mist into Earth’s atmosphere, transforming and empowering several latent members of the super-powered race,” per Marvel.

About her powers, she has the ability to extend her limbs and somehow shapeshift and alter her appearance. Her hero name is in reference to that of Captain Marvel’s legacy. 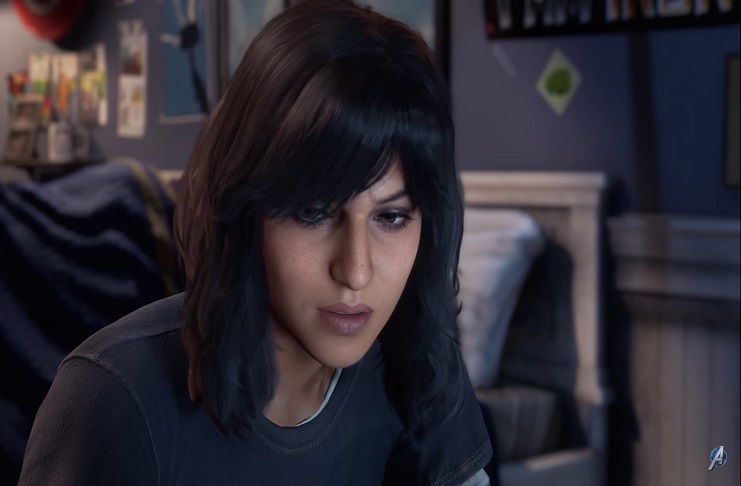 Crystal Dynamics’ Creative Director and Writer, Shaun Escayg, shed some light on this with Windows Central saying “she and Tarleton were chosen for the same reason.”

Both are uncommon, with no MCU debut yet. Escayg is proud of choosing Ms. Marvel, among all others, saying “[…]with the gameplay of Kamala doing her thing, I can’t imagine anyone else being the primary for this story.”