McDonald’s global same-store earnings reportedly fell by 3.4% in the first three months of the year and continued to slide down as the pandemic forced businesses to shut down.

Executives are also expecting a steeper sales drop in the second quarter than in March despite improvements in sales trends in some markets.

Based on the data given by the company, its quarter ended with the following figures:

In its report, McDonald’s has estimated a 6% decrease in first-quarter net sales with a consolidated net income to $4.71 billion, citing “sizeable changes in consumer behavior” due to coronavirus crisis as the primary cause.

McDonald’s Chief Financial Officer Kevin Ozan, on the one hand, reassured that the fast-food chain has enough funds and that the company ended the first quarter with over $5 billion in cash.

Additionally, the fast-food chain has suspended stock buybacks in mid-March to preserve liquidity. It also slashed its planned capital expenditures by $1 billion due to a reduction in store openings in global locations and restaurant renovations.

The CFO also shared that McDonald’s route to recovery is still uncertain and, unfortunately, dependent on numerous intractable aspects. Among the cited factors are the risk of a second wave of coronavirus infections, availability of testing kits, and “the overall economic backdrop.”

The company has reportedly withdrawn its 2020 long-term forecast published last February as well, citing the unstable conditions of the economy brought by the pandemic.

McDonald’s previously anticipated its sales growth and earnings per share growth between 3% to 15%.

In an interview with CNBC’s Squawk on the Street, McDonald’s CEO Chris Kempczinski emphasized that the decrease in sales is a “country-by-country situation.”

McDonald’s quarterly same-store sales in the United States were almost flat after it contracted by 13.4%. As of Thursday, about 99% of restaurants in the U.S. are open but are only operating takeout, drive-thru, and delivery services.

The company also modified its menu to make operations within all restaurants more convenient. 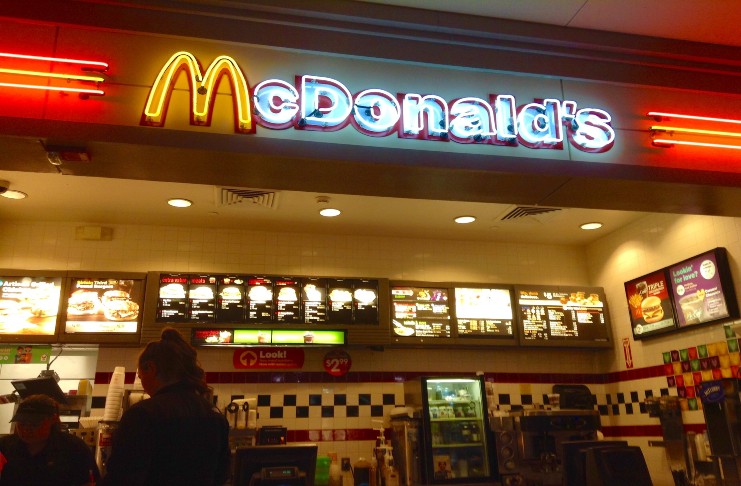 McDonald’s U.S. same-store sales from mid-March through mid-April also plummeted by 25%. On a positive note, sales trends in the home market are improving.

The declines, Kempczinski explained, are due to “evolving consumer behavior with interrupted routines” and “fewer transactions at the breakfast daypart.”

On the other hand, less than half of stores under McDonald’s International operated markets, including Spain, France, and Italy, are open. The segment same-store sales in the first-quarter contract by 6.9%, which continued to slide down in April with a 70% drop as most restaurants remained closed.

The fast-food chain international developmental licensed markets business is also coping up better with 80% of its restaurants still operating amid the health crisis. The segments first-quarter same-store sales declined by 4.3%, the lowest among the three.