Ellen DeGeneres has reportedly been picking on her staff randomly for no apparent reason.

According to Globe, the Ellen Show host earned the nickname “one of the meanest people alive” because she’s been rude to her staff.

A source told the tabloid that DeGeneres chooses a random staff to pick on daily and she hates on them.

The funny woman’s employees have no other choice but to suck it up so they won’t upset the host further.

After seeing a server with chipped nail polish, Portia de Rossi’s wife allegedly got her fired. 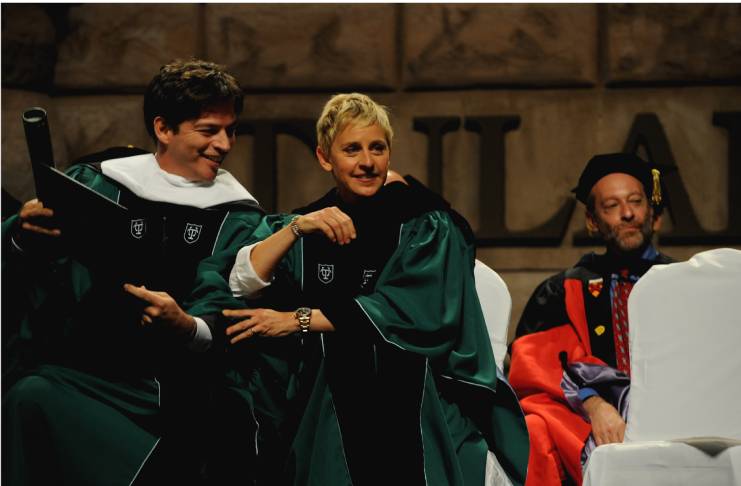 But according to the rumor-debunking site Gossip Cop, both claims against DeGeneres are untrue.

The publication investigated the tweet and learned that the source did not say that DeGeneres fired the server.

However, when the tabloid picked up the dubious story, they claimed that DeGeneres had the employee with the chipped nail polish fired for good.

Gossip Cop stressed the fact that none of the allegations made against DeGeneres came from reliable sources.

The unnamed staff and the tabloid claimed to have gotten their information from the host’s old friend or from someone that DeGeneres works with.

Rumors about DeGeneres’ alleged meanness first came to light after actor Kevin Porter encouraged his followers to share stories about the host.

Porter said that he would donate $2 to the Los Angeles Food Bank for every story that he would get about DeGeneres being mean to other people.

“Right now, we all need a little kindness. You know, like Ellen DeGeneres always talks about! She’s also notoriously one of the meanest people alive. Respond to this with the most insane stories you’ve heard about Ellen being mean and I’ll match everyone with $2 to @LAFoodBank,” he tweeted.

Other stories about DeGeneres seemed over the top. For instance, someone accused her of blaming a fellow gymgoer of farting when she’s the one who did it.

DeGeneres also, allegedly, pushed a server’s face into a hot bowl of soup and then killed their entire family.

Another person claimed that DeGeneres prevented a crew from grilling steak simply because she doesn’t eat meat.

One critic also claimed that the host had an autistic staff fired for greeting her because she doesn’t want people to look at her backstage.