Ellen DeGeneres continues to get flak for being mean.

According to CCN, following a series of complaints about the Ellen Show host, it is possible for her to lose her job. Since Ellen DeGeneres is a woman, she has a lower chance of losing her job.

The publication claimed that even with the Time’s Up and #MeToo movements, it seems that DeGeneres’ behavior remains unchecked.

“Yes, it’s not sexual in nature but does that mean that it’s okay? If a man were treating his staff as badly as this, would he still be applauded? It’s doubtful,” the publication said.

They also said that a double standard is being set because of the support that DeGeneres is still getting from her supporters.

“Until we start to recognize that women can be power-hungry monsters too, how will the playing field ever be leveled? When will we wake up and stop lining the pockets of people who appear shiny on the surface but are rotten to the core?” they challenged. 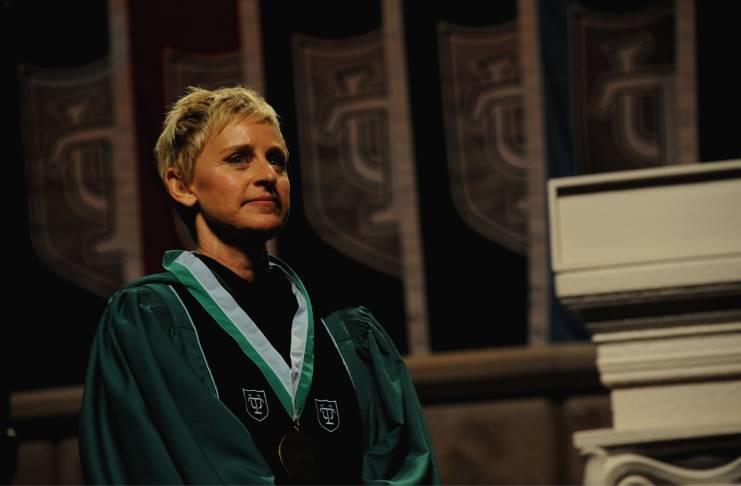 Throughout the past two months, a slew of people has come out to expose the dirt on Portia de Rossi’s wife. The criticisms started with comedian Kevin T. Porter.

Since then, some of DeGeneres’ former staff have also criticized her publicly. And her former fan, Nikkie Tutorials also dubbed the talk show host as cold.

Amid the criticisms that DeGeneres is receiving, there are also rumors suggesting that her marriage to de Rossi is going down the drain. But according to Star, the couple came up with their relationship rules to save their marriage.

“They’ve decided to banish all negativity from their lives. No more jealousy, no more bickering – and more date nights,” the source said.

Following a recent rough patch, DeGeneres and de Rossi, allegedly, realized that they need to stop living separate lives. The comedian vowed to be a better listener, while de Rossi promised her wife that she will be more patient with her wife’s career.

DeGeneres and de Rossi, allegedly, realized the importance of giving and take so they’re making each other their top priority.

However, Gossip Cop debunked the claims. It is unlikely for Ellen DeGeneres and de Rossi to only realize these things now since they’ve been together since 2008.