Meghan Markle is, allegedly, planning on running for president in the upcoming 2024 elections.

Woman’s Day claimed that Meghan Markle relocated to the United States to pursue her dreams of becoming a politician.

The Duchess of Sussex, allegedly, thinks being in the US is much better because she’s surrounded by advisers like Oprah Winfrey and George Clooney.

“Sure, a duchess going for commander-in-chief sounds weird, but is it any weirder than a reality show contestant like Donald Trump being president?” a source said.

However, Gossip Cop was quick to deny the claims made by the tabloid. The publication claimed that Markle and her family didn’t relocate to the United States so that the Suits alum could pursue her political dreams.

Rather, Prince Harry and Markle have said it time and again that they quit the royal family so that they could live as private individuals elsewhere.

It is also unlikely for Markle to be seeking political and campaign advice from Winfrey and Clooney. Both A-listers are celebrities and they are not politicians.

In fact, Clooney previously said that celebrities shouldn’t become presidents to shade Donald Trump. The US president used to appear in the reality TV show The Apprentice. 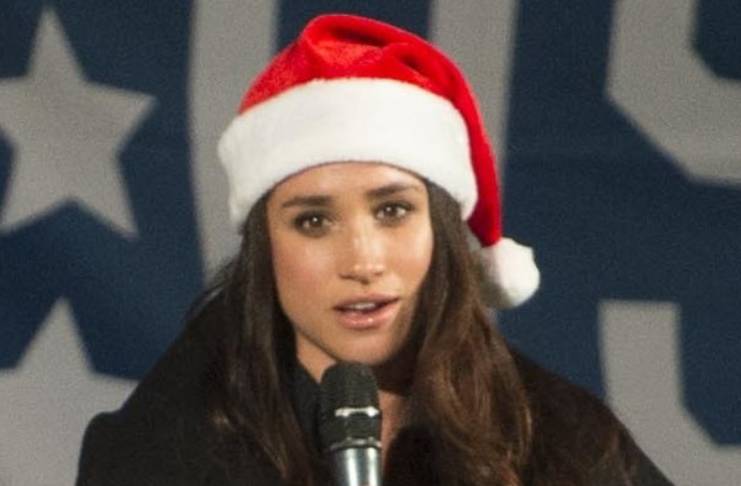 This isn’t the first time that Meghan Markle is rumored to be running for president. Two years ago, Daily Mail claimed that the Duchess of Sussex has ambitions to enter the White House.

Good Morning Britain host Piers Morgan previously shared his conversation with Markle before they had a falling out. Prince Harry’s wife told the host that as a kid, she wanted to become either a president or a broadcaster.

“Meghan was quite clear that she wanted to be president one day,” a source said.

However, Kensington Palace immediately shut down the story by calling it fictitious.

A royal historian also said that getting into politics will be difficult for Markle because of her marriage to Prince Harry.

“It’s a pretty strong rule that members of the royal family keep out of politics,” the source said.

However, it is important to note that Prince Harry and Markle already quit their royal duties earlier this year.

Since their bombshell exit, the royal couple has been enjoying their quiet and very private lives in Los Angeles. Prince Harry and Meghan Markle also celebrated the first birthday of their son, Archie this week.