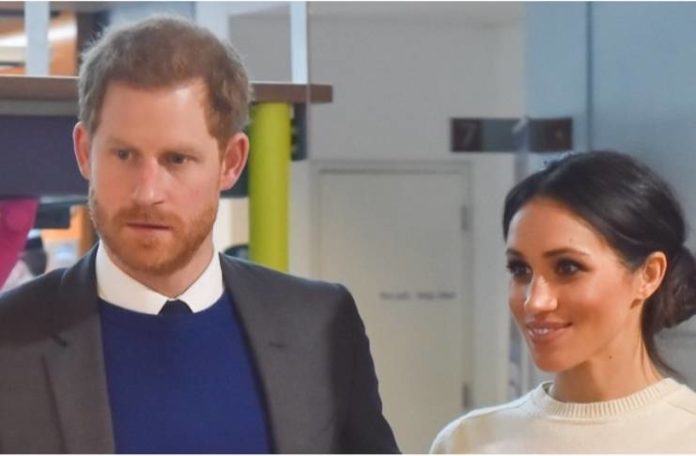 Meghan Markle is facing a dilemma because her husband, Prince Harry, allegedly has torn feelings about their bombshell interview, a report says.

Meghan Markle and Prince Harry shocked the world with their sit-down interview with Oprah Winfrey for CBS, which aired last month. The couple made several allegations against the royal family. However, the Duke of Sussex is allegedly having torn feelings about it which could be an issue to his wife, according to a royal expert.

Prince Harry had a private meeting with Prince Charles, Prince William, and Kate Middleton after Prince Philip’s funeral, according to several outlets. The Prince of Wales met with his two sons in a bid to end their ongoing feud.

The father and sons spoke for about two hours, and royal expert Paul Burrell believed that the conversation had let Prince Harry understand the royal family’s side, and now he is “on two different sides of the Atlantic.”

“Meghan will be faced with that dilemma – the bombshell that Harry now feels split in two,” he told Closer. “Meghan will believe that what they’ve done is right – but Harry will be feeling totally torn and so things will now have to change.”

Markle has to figure out what their next steps will be. But since they are in different worlds, they have to align themselves.

Crisis not ending yet

Prince Harry was spotted exiting the chapel after Prince Philip’s funeral with Prince William and Kate Middleton. The sighting of the royal trio has been hailed by many as the first step towards healing. However, an insider said there is no way to end the crisis.

Prince Harry allegedly felt outnumbered during the meeting because there were three of them — Prince Charles, Prince William ad Middleton — and only one of him. The insider claimed that there is no way the meeting would end their relationship crisis, but it was a good gesture and a nice way to start mending their feud.

What did the royal family feel about the Oprah interview?

Prince Harry had reportedly encountered frostiness from the royal family. An insider told  Vanity Fair that the Duke of Cambridge and the other members of the royal family have very strong feelings about the Sussexes’ tell-all. The source added that it would take more than a wake to sort their issues and have a brand new start.

The members of the royal family cannot believe what Prince Harry has done. Meanwhile, the duke was out in the cold due to the interview, and after his private conversation with Prince Charles and Prince William was leaked by his close pal, Gayle King.