On Wednesday, Shahs on Sunset actor, Nema Vand shared in an episode of the Reality Life With Kate Casey podcast that he grew up with Meghan Markle in Los Angeles. He said that they were friends in high school, and the Duchess dated one of his pals.

As the discussion progressed, the Bravo star stated that Meghan Markle “really upset” their friend, Gabe, according to Us Weekly. He explained that this “Gabe” is a friend of theirs from high school.

He revealed that Meghan and Gabe dated during those years. They also reportedly maintained a good friendship after the former actress joined Suits.

However, Nema Vand said that their friend admitted to him that the now-Duchess “kind of, like, ghosted” her former high school boyfriend after the show. She “hurt his feelings” as Gabe “valued her friendship,” the actor added.

After sharing the brief story, Nema addressed Meghan Markle. He reportedly urged her to “reach out” to their friend. “You know who that is,” he said. 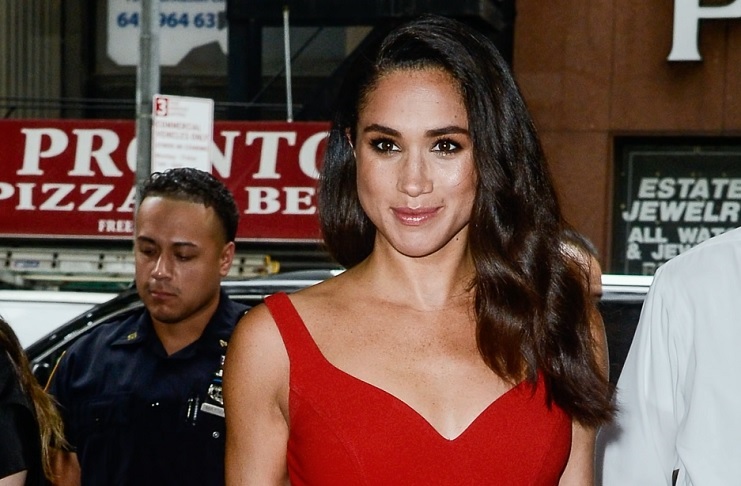 The actor further went on to open up about his “teenage friendship” with the Duchess, as per the Daily Mail. As explained, they were “friends” for a long time since the young Meghan attended a “sister school.” Nema Vand reportedly went to an exclusive school in Los Angeles.

Although he described Meghan Markle as “amazing” and a “woman among girls,” the series star said that she “toyed” with their hearts, “masterfully.” Meghan was “sweet and very kind,” though, he stated.

Meghan, Nema and the “almost-makeout” story

The Bravo star continued to explain how he and the former actress “almost” made out. He quickly shared a story about the time when he and the Duchess went to the same party.

Nema Vand said that she “sat” on his lap and gave him a “nose-to-nose.” He then asserted that for a 16-year-old teenage boy, like him, at that moment, it was an “emotional moment.”

Meghan then reportedly said, “You are so beautiful,” in Farsi. To his surprise, Nema asked her about the language, as per his claims. He then said that the Duchess “learned it” for him and “walked away.”

In the end, though, Nema Vand had nothing to say about Meghan Markle but praise and “nice things,” according to the same publication. He even reportedly shared his “surprise” when the drama and fall out among the British Royals emerged in recent years.