Meghan Markle and Prince Harry are, allegedly, arguing over the Duchess of Sussex’s plans to star in a reality TV show.

According to Heat, Meghan Markle has expressed her desire to headline Lifetime’s Harry and Meghan: Escaping The Palace. However, Prince Harry is having doubts.

The Duke of Sussex doesn’t want to be seen as a reality TV star. Prince Harry is also, allegedly, uncomfortable with the spotlight that they are already under. However, Markle seemingly thrives off it because she used to work as an actress in Hollywood. 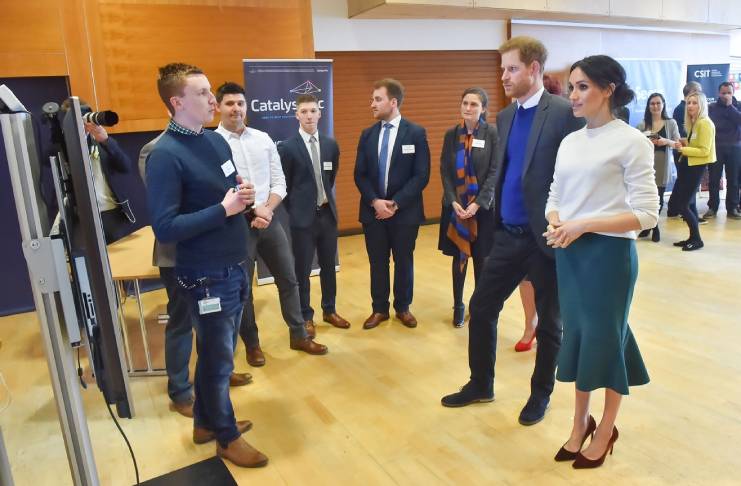 According to a source, Prince Harry told his wife that starring in a reality TV show will only make things worse for them. The royal couple has been criticized for months and the negative press encouraged them to quit the royal family.

However, Markle is, allegedly, asking for Prince Harry’s approval so that a small camera crew could follow them wherever they go. And the footage that will be taken is the ones that will be featured in their reality TV show.

“He’s asked Meghan to just focus on charity stuff, but she’s saying the show would be done in a classy way. She’s arguing that they need to be seen in a more sympathetic light,” the source said.

The insider also claimed that Prince Harry is worried about what his friends from the army would think about him starring in a reality TV show with Meghan Markle.

“He was up for moving to California, but he doesn’t want to embarrass himself. But Meghan’s view is that if you’re going to live in LA, you might as well do it in style,” the source said.

However, one should take the claims made by the tabloid with a grain of salt. Lifetime has never confirmed their plans for a Prince Harry and Markle reality TV show. As such, the title of the so-called reality TV show may have been made up.

It is also unlikely for Prince Harry and Markle to be arguing over the alleged reality TV show. After all, it doesn’t exist.

Meghan Markle ‘I Do, Redo’ rumors

Earlier this year, Page Six claimed that the Duchess of Sussex will appear in the Canadian reality TV show I Do, Redo. Markle’s best friend, Jessica Mulroney hosts the show.

“Meghan Markle is not appearing nor was she ever set to appear on my wife’s show,” he said.