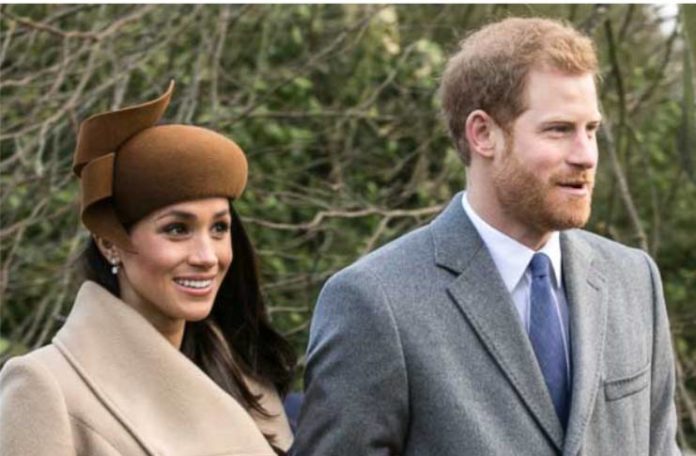 Meghan Markle and Prince Harry are allegedly having a marital crisis after welcoming their baby girl.

Meghan Markle and Prince Harry became parents of two after the duchess delivered baby Lili on June 4. However, an outlet claimed that they are having issues after baby Lili’s arrival.

Meghan Markle and Prince Harry  have a marital crisis rumor

Life & Style published a report claiming that Prince Harry and Meghan Markle had been arguing behind closed doors. It claimed that Prince Harry was terrified of losing his relationship with the Queen. However, the Duke and Duchess of Sussex were allegedly having very bad fights.

The report came just a week after the couple welcomed their daughter. Gossip Cop looked into it and found the claim bogus and outdated. When  Prince Harry and Markle announced their baby they were very excited.

Also, all reports indicated that they were elated to have the baby. The rumor-debunking site was convinced that the reports about them fighting were just made up.

Prince Harry and Meghan Markle were unhappy with their marriage. He is trapped into a toxic marriage, New Idea reported.

The outlet quoted an unnamed source saying Prince Harry was “being ripped away from one’s family with so much unsettled business that would cause drama for anyone.” The insider added that the couple’s relentless interviews contributed to them having a recipe for disaster.

The same outlet reported last year that the royal couple had an “explosive fight.” It was so much that they allegedly had to call the police to stop them.

The outlet even promised to provide details of the said incident. However, the outlet could not provide any proof to support each claim. Instead, it only showed stock photos of cop cars.

Gossip Cop concluded that the article was “an extremely blatant bait and switch story.” The actual article had nothing to do with the supposed fight Also, nothing in the article happened.

However, Gossip Cop debunked the report calling it “completely false.”

The Duke and Duchess of Sussex’s relationship has remained good. in fact, Prince Harry has already returned to the U.K. for the unveiling of Princess Diana’s statue. The duchess was not able to join him to look after their kids.

An insider said Prince Harry will only be staying in Britain briefly. He reportedly wanted to go back to the U.K. immediately to be with his wife, Meghan Markle.

James Gunn reveals truth whether Harley Quinn will die or not

‘Hot Wheels Unleashed’ to feature dozens of cars, including the Batmobile