Meghan Markle, allegedly, had a secret fling with George Clooney way before she met Prince Harry.

According to NW Magazine, per Now to Love, Clooney became interested in the Duchess of Sussex shortly before he met his wife, Amal Clooney. And the speculations regarding the A-listers’ relationship became rife after the actor defended Meghan Markle from critics.

Last year, Clooney said that Markle was being unfairly vilified by the press. In another interview, the Ocean’s Eleven actor gushed over Markle by calling her kind, smart, and intelligent.

“George and Meghan are great friends, but the way that he’s so publicly stood up for her recently makes it seem like they could have some kind of a past. After all, Meg would be exactly George’s type. She’s beautiful and wants to make the world a better place. Plus, she goes after what she wants. She wouldn’t have been afraid to make a move on George when they were both single!” the source said.

The insider also said that Markle and Clooney just laugh about their secret fling from years ago. However, it is unclear if Prince Harry and Amal are aware of their relationship.

According to the Gossip Cop, the claims made by the tabloid are incorrect. After all, Meghan Markle never had a secret fling with Clooney. It is also unlikely for Markle and Clooney to have known each other since 2013. After all, the Clooneys were introduced to Markle by Prince Harry. 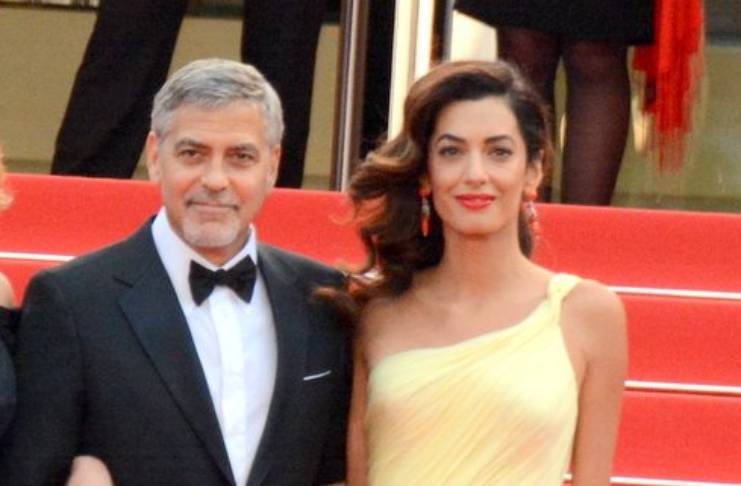 One year later, New Idea tried to revive the dubious story about Markle and Clooney. The tabloid suggested that Clooney might have been cheating on Amal with Markle.

A source told the tabloid that Clooney has been helping the Duchess of Sussex find her footing in Hollywood again. And their discussions are, allegedly, taking place on WhatsApp.

Markle and Clooney are talking privately and without their spouses’ knowledge. Amal was, allegedly, upset after learning about their secret conversations.

“Amal is pretty peeved. She’s finding it pretty rude, especially since she was the one who encouraged them all to be friends in the first place,” a source said.

However, Gossip Cop also debunked the claims. The publication said that Clooney isn’t helping Markle find a job in Hollywood. And the actors aren’t talking privately either.