Meghan Markle is, allegedly, feeling jealous because her husband, Prince Harry, is crushing on Jennifer Lopez.

According to New Idea, Prince Harry’s attraction for Lopez started after they had a private dinner in Miami with their respective spouses. Earlier this year, reports swirled that Prince Harry and Meghan Markle met up with Lopez and Alex Rodriguez. However, details from their rumored meeting have not been unveiled.

An unnamed source told the tabloid that ever since that night, Prince Harry couldn’t stop talking about Lopez. The Duke of Sussex has been encouraging Markle to invite Lopez and Rodriguez to their home.

However, the insider claimed that Markle is not sure if this is a good idea since Prince Harry has been “drooling” over the Shades of Blue actress. 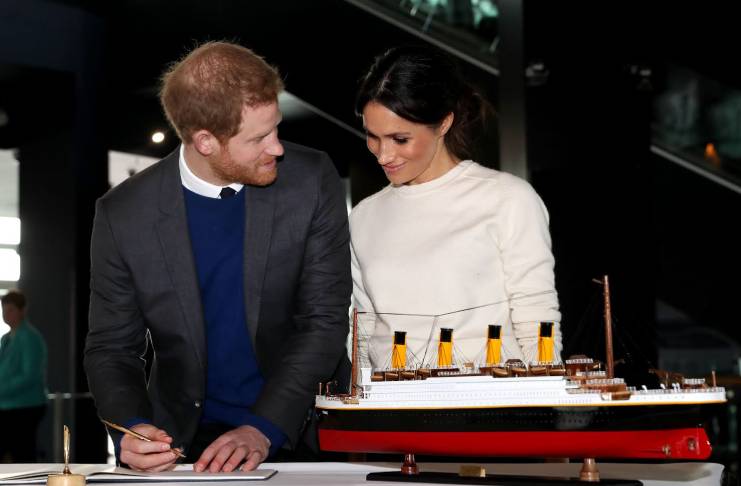 Did the Sussexes go to J.Lo, Alex Rodriguez’s home for dinner?

The unnamed insider, whose allegations have not been confirmed by any concrete pieces of evidence, claimed to know details from the couple’s dinner.

“Harry spent a lot of the night chatting with her, who is not only even more stunning in person but also extremely charismatic. Most men are totally captured by her, and Harry is only human. Meghan left that dinner feeling very jealous,” an unnamed source said, as per New Idea.

The insider alleged that Meghan Markle never voiced out her grievance with Prince Harry. The Duchess of Sussex is still contemplating what she should do regarding her husband’s desire to host the Hollywood A-listers.

“Meghan doesn’t quite know how to deal with this one. On the one hand, entertaining the likes of J.Lo is all part of her grand plan to reach the top tier of celebrity,” the source said.

However, one should take the claims made by the tabloid with a grain of salt. Prince Harry isn’t drooling over Lopez since he’s a married man. Lopez and Rodriguez, on the other hand, will tie the knot soon.

In February, a witness told Page Six that the Sussexes, Lopez, and Rodriguez were seated next to each other at a JP Morgan event.

“Harry and Meghan got on really well with Jennifer and Alex and spent some time chatting with them over dinner. J.LO was overheard inviting the couple and their baby Archie to her and Alex’s house in Miami to spend time with them and their kids,” the source said, as per Page Six.

However, the source didn’t say anything about Meghan Markle and Prince Harry accepting Lopez’s invitation.