Meghan Markle is, allegedly, having secret flings with a slew of men.

According to Globe, the Duchess of Sussex’s flirtatious ways resulted in her getting pregnant with Archie. However, a source claimed that Prince Harry wasn’t the one that got Meghan Markle pregnant.

A source told the tabloid that a Prince Harry underwent a paternity test while Markle was still pregnant with Archie. And, the result states that Prince Harry isn’t Archie’s real dad.

Upon learning the news, Prince Harry, allegedly, turned ghastly white. Markle, on the other hand, burst into tears out of disbelief. The Suits alum cannot believe that someone else got her pregnant. 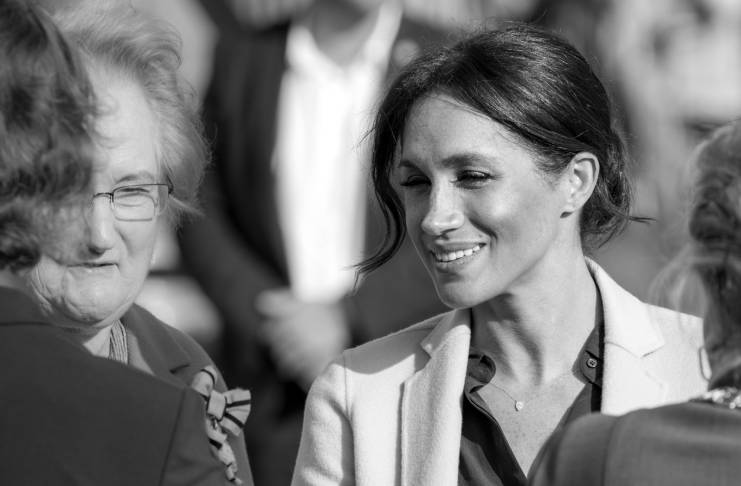 Did Meghan Markle hook up with Matt Lauer?

Years ago, the Duchess of Sussex was also linked to Matt Lauer. National Enquirer accused the former actress of hooking up with the host.

A source told the tabloid that Markle and Lauer hooked up in the dressing room after the former’s appearance on Today. Almost immediately, speculations became rife that there’s something going on between the two.

To make the dubious story more believable, the tabloid even quoted the observations of a body language expert about Lauer touching Markle’s elbow on television.

The insider also claimed that Meghan Markle and Lauer vanished together into the latter’s office on two occasions. And Prince Harry was, allegedly, rocked by the revelation, which he only found out about on the eve of his royal wedding to Markle.

On both occasions, Gossip Cop debunked the claims made by the tabloids. Firstly, Prince Harry is the biological father of Archie. And there’s no denying the fact that the 1-year-old resembles the Duke of Sussex.

As for Markle and Lauer, the two never hooked up. While it is true that Lauer was previously accused of sexual misconduct, there hasn’t been any proof that he engaged in inappropriate behavior with the Suits alum.

The publication also reached out to Kensington Palace for an official comment regarding the rumors. They learned that a lawyer for the palace contacted the magazine to express their concerns over their inaccurate reporting about Prince Harry and Markle.

At present, Meghan Markle and Prince Harry are enjoying their private lives in Los Angeles. According to sources, the couple has been staying at Tyler Perry’s mansion while looking for their permanent home.