Meghan Markle recently sparked rumors that she is pregnant with baby number two.

OK! magazine claimed that the Duke and Duchess of Sussex’s sudden move to Los Angeles may have to do with the latter’s alleged pregnancy.

After announcing their bombshell exit from the royal family in January, Prince Harry and Markle relocated to Canada. They stayed at a secluded property for approximately two months.

But before President Donald Trump announced the lockdown in the North American border in March, the royal couple already moved to Los Angeles. Initially, sources claimed that Markle wanted to transfer to her hometown so that her son, Archie could be closer to his grandmother.

However, a source told the publication that the fact that Prince Harry and Markle rushed into moving to the US could only mean that she’s pregnant again.

“People were pretty shocked because the whole thing seemed very rushed. Everyone had to wonder if there was a reason behind the sudden change of plans,” the source said.

“There’s a buzz that Meghan and Harry are expecting baby no. 2 later this year. Harry and Meghan had a very busy few months, but they both feel that this baby couldn’t have come at a better time. Becoming parents has brought them so much joy, they can’t wait for another go-around,” the source added.

However, it is best to take the claims made by the tabloid with a grain of salt. After all, Markle has not yet confirmed her alleged second pregnancy. 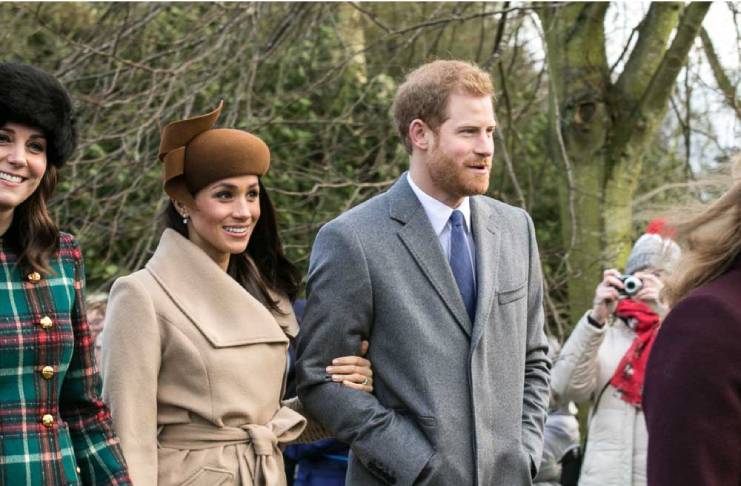 This isn’t the first time that the “Suits” sparked speculations that she could soon be giving her 11-month-old son a younger sibling. In February, royal fans, reportedly, noticed a pattern in the Duchess of Sussex’s behavior.

While at the airport in Canada, photos of the former Hollywood star seemingly show her hiding her growing baby bump. Eagle-eyed royal fans claimed that Markle did the exact same gesture before the palace confirmed her first pregnancy.

During her first overseas tour in October 2018, Markle arrived in Australia with two purple folders in her hand. She carefully placed the folders in front of her growing baby bump.

Hours later, the palace released a statement announcing that she and Prince Harry are expecting their first child together.

As of late, it is unclear if the palace will still be the one to confirm Markle’s second pregnancy. After all, she and Prince Harry already quit their royal duties.