Meghan Markle’s supporters have discouraged her from releasing a tell-all interview about her royal life months after her bombshell exit.

Throughout the past couple of weeks, rumors have been rife that the Duchess of Sussex could appear in an interview similar to what Princess Diana did in 1995.

At that time, the Princess of Wales exposed dirt on the royal family while talking to Martin Bashir for Panorama.

Following Markle and Prince Harry’s Megxit, there have been claims that the “Suits” alum is thinking about accepting the offer because she could earn $2 million from it.

However, Markle’s fans are convinced that it would just cause more problems if the royal would agree to the tell-all interview.

One royal fan said that if Markle’s goal is simply to earn money, agreeing to do a tell-all interview would work for her.

However, if her goal is to win back the public, she shouldn’t agree to it.

Another royal fan claimed that accepting the gig would further heighten the allegations that Markle just married Prince Harry for money and publicity.

A third royal fan is convinced that the tell-all interview would backfire.

After all, the same thing happened to Princess Diana and Prince Andrew. 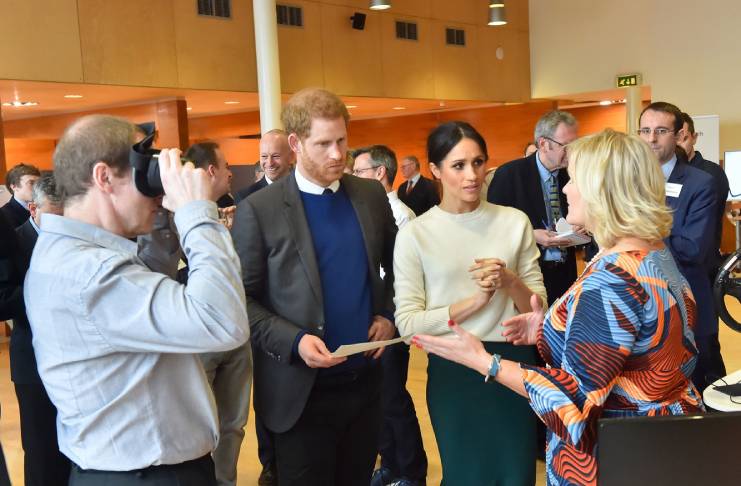 In the book “The Duchess: The Untold Story,” royal author Penny Junor said that Her Majesty finally lost her patience after hearing what Princess Diana said about the royal family.

“This public mud-slinging wasn’t just harming the monarchy, it was damaging for the young princes,” Junor wrote.

Months ago, Prince Andrew also sat down for an interview to discuss his relationship with the late Jeffrey Epstein.

After addressing the issue, he announced his decision to step back from his royal duties.

Meanwhile, even without a tell-all interview, Markle will continue to be heard across the globe.

In a joint statement, the reason why they came up with the unique name for their charity was explained by the royal couple.

“To do something of meaning, to do something that matters. Archewell is a name that combines an ancient word for strength and action, and another that evokes the deep resources we each must draw upon,” they added.

Images used courtesy of Chairman of the Joint Chiefs of Staff and the Northern Ireland Office / CC BY 2.0 (https://creativecommons.org/licenses/by/2.0/)