On Sunday, Melania Trump celebrated her 50th birthday inside the White House. Amid the pandemic crisis, the First Lady reportedly marked her day at home to continue observing the social distancing guidelines.

Speaking to FOX Business, the East Wing’s Chief of Staff, Stephanie Grisham, shared that the First Lady will be with her family during the day. It remains unclear, however, who exactly from the family members were present.

Donald Trump took his greetings to social media. He greeted his wife on Twitter and seemingly described her as the nation’s “great First Lady.”

Aside from the U.S. leader, several officials also took the time to share their greetings on the platform. Some of these included the White House Press Secretary, Kayleigh McEnany, and the secretary of the Housing and Urban Development, Ben Carson. 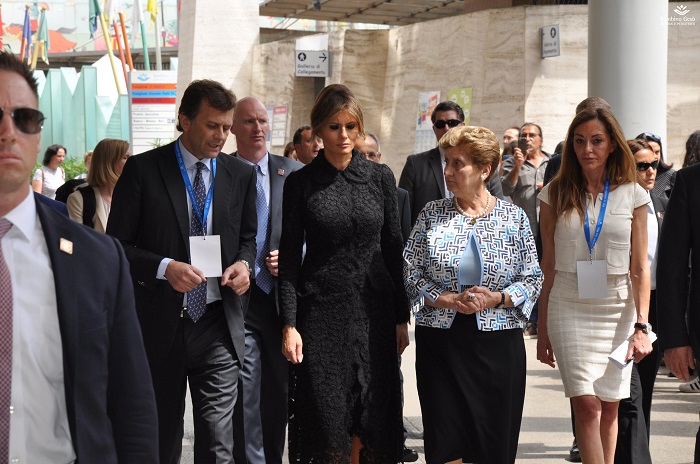 The Republican Party also “weighed in” as per The New York Post. Using their “Grand Old Party” account on the same platform, they encouraged netizens to “retweet” the post wishing Melania Trump “a very happy birthday.” To date, the retweets have now reached over 10,300.

In a report written for The Atlantic, Conor Friedersdorf claimed that he received an email with a subject, “can you keep a secret?” earlier this month. The email was reportedly from a “joint fundraising committee,” composing “Donald J. Trump for President, Inc. and the Republican National Committee.”

The main content of the email reportedly centered on giving Melania Trump a “surprise birthday gift.” As stated, the surprise gift was supposed to be a birthday card “signed by 1 MILLION Americans.”

A screenshot of the “card” reportedly in question was shown in the post. Based on the photo, it encourages email recipients to sign using their personal details. These include the first name, last name, zip code, email address, and phone number.

The reporter shared that he suspected that Donald Trump and his party had “ulterior motives.” He then claimed that it has appeared that they were “exploiting” Melania Trump’s birthday.

It was further shared that at the bottom of the page, there was a “message” informing the receivers that providing the details also means consenting “to receive” calls and text messages from the members of the committee. Also, before reportedly closing the page, a pop-up message appeared encouraging the adding of the name “to support” the President.

In the end, it has remained unknown what was the true motive of the “card.” But, as for Melania Trump, she shared a post on her Twitter account, thanking everyone for all the “wonderful birthday wishes.”