The East Wing’s efforts amid the COVID-19 crisis in the U.S. continue as Melania Trump checks-in with fellow counterparts across the globe.

Earlier this month, the First lady of the United States started her “telephone diplomacy” with the Canadian Prime Minister’s wife, Sophie Grégoire Trudeau. As per CNN News, she has already called seven First Ladies from various countries to check-in on their situations.

Aside from expressing her support and concern toward her counterparts, Melania Trump has also reportedly “reassured” the United States’ relationships to these countries amid the pandemic crisis. It was also said that she had shared optimism with them that the crisis will soon end.

The most recent telephone conversation that U.S. First Lady had was with the United Kingdom’s Prime Minister’s wife-to-be, Carrie Symonds. This comes after learning that Boris Johnson is already in the process of recovery.

After spending a week in London’s hospital, the British Prime Minister has now returned home to continue his isolation and recovery. The same was also said to be true to the pregnant Carrie Symonds after revealing that she also experienced the “main symptoms” of COVID-19.

As per The White House‘s official statement, Melania Trump wished the couple a “speedy recovery.” She also went on to assert that the U.S. will stand with the U.K. in fighting the crisis.

Canada’s First Lady, Sophie Grégoire Trudeau, suffered from COVID-19 but has since recovered. After the news got out claiming that the Prime Minister’s wife is already in recovery, Melania Trump reportedly checked-in on her Canadian counterpart.

The official statement from The White House revealed that she wished her well and “good health.” She then “reaffirmed” her appreciation with Justin Trudeau’s wife toward the continued cooperation between the United States and Canada. 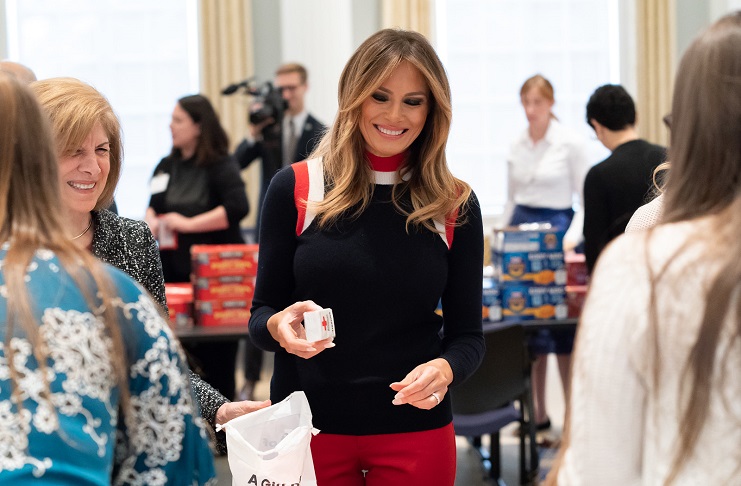 Melania Trump made five other calls

Canada and the United Kingdom are not the only countries that the U.S. First Lady engaged with. As per WWD, she also phoned other First Ladies from Europe and Asia.

These include Elke Büdenbenderm, Laura Mattarella, and Brigitte Macron, who are the First Ladies of Germany, Italy, and France, respectively. She also engaged in a telephone conversation with Akie Abe of Japan, as well as Queen Letizia of Spain.

Reports noted that the Spanish royal is supposed to visit the United States with her husband, King Felipé VI. They are said to be “guests of honor” for the White House State dinner on April 21.

Images courtesy of The White House/Flickr