Melania Trump is well known for wearing some of the nicest designer clothes whenever she’s out in public.

Melania’s above the knee ensemble showed off her long and slim legs. She also completed her simple but stunning look with a pair of black and white zig-zag patterned heels.

According to Express, Melania Trump’s olive trench coat is from Victoria Beckham, and it costs roughly around $1,500.

Weeks ago, the FLOTUS wore a green shirt dress from Cefinn when she appeared in a coronavirus video. Compared to her Victoria Beckham attire, the shirt dress is reportedly much cheaper.

According to the publication, the first lady spent almost $250,000 on her wardrobe alone last year. And there are rumors that American taxpayers are paying for her clothing. 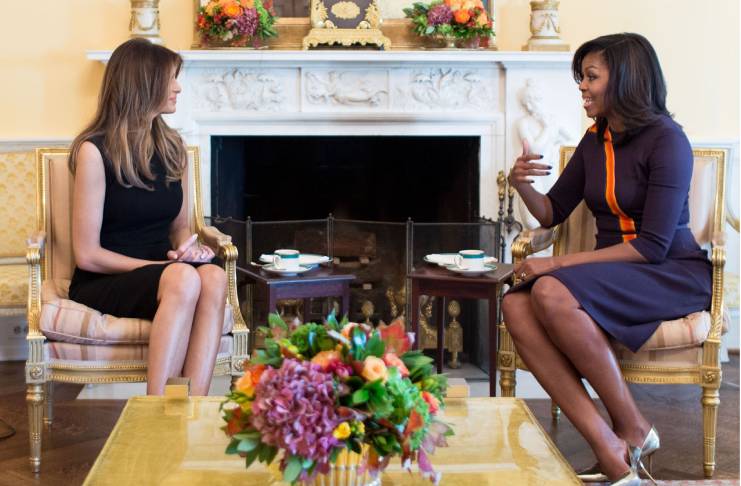 Melania Trump pays for her own clothes

However, Melania’s spokesperson, Stephanie Grisham previously told The Hollywood Reporter that the POTUS’s wife is the one that pays for her clothes.

But since Melania is the first lady of the United States, some brands offer her generous discounts. However, Grisham said that Melania doesn’t take advantage of freebies.

Three years ago, Michael Kors released a statement about Melania Trump’s congressional look. The designer indirectly confirmed that the FLOTUS purchased her $9,590 suit for her husband’s first joint address.

Shortly after, Phillip Bloch, a veteran red-carpet stylist, suggested that the FLOTUS buys her own clothes. But it is important to note that she has unlimited options to choose from.

“She is married to a rich man and can buy whatever she wants! She wears clothes well and has a great style, I rarely see her make a misstep,” he said.

However, there is at least one occasion when the public criticized the FLOTUS’ attire. During her trip to a migrant child detention center in McAllen, Texas, the first lady wore a jacket with the words “I Really Don’t Care, Do U?” printed on it.

At that time, the POTUS claimed that the message on his wife’s jacket was for the Fake News Media. However, Melania’s communications chief, Grisham said otherwise.

According to her, what Melania Trump wore during her visit didn’t have any deeper meaning to it. Rather, it was just a jacket.