As the wife of the President, Melania Trump is officially the First Lady of the United States. But, unlike most First Ladies, she has already broken several traditions inside the White House.

Melania Trump became an official part of the White House after her husband, Donald Trump, assumed his office in 2017. Although she has already done several jobs in the East Wing, it was said that some of the popular traditions had been broken.

It was noted that the post does not come with “official rules.” However, some traditions have been formed through the years by the former First Ladies.

According to Express UK, Donald Trump’s wife has seemingly done her job “on her own.” Despite following the official duty of being a social and political figure of her own, she reportedly did things differently.

Melania Trump did not immediately move into the White House

After the inauguration, the First Family is always expected to arrive inside the White House. However, the case was different with the Trump family as Melania Trump, along with her son, Barron, did not immediately moved in with Donald Trump. 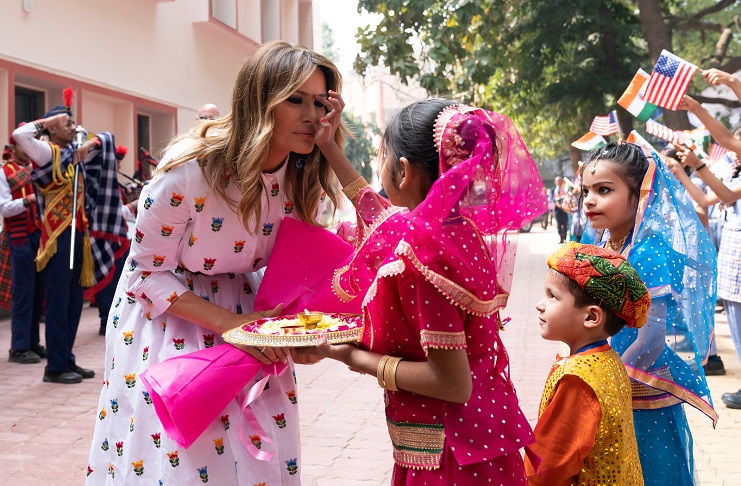 It was said that it took more than five months before she left their home in New York. While no comments were made about the matter, some argued that she likely stayed due to Barron’s studies.

As the First Lady, it was said that it is her job to host the annual State Dinner inside the White House. However, she reportedly skipped her and her husband’s first State Dinner in 2017.

Reports noted that Donald Trump became the first U.S. President to “end his first year” in the office without hosting a State Dinner. Although no reasons were given before the public, several publications stated that some placed the blame on Melania.

She was not present when the Japanese Prime Minister’s wife toured around Washington, D.C.

In a similar report released by Cheat Sheet, it was added that First Ladies normally accompany her counterparts or the spouses of foreign leaders during their visit and stay in the United States. But, in 2017, Melania was reportedly not present with the PM’s wife, Akie Abe, during her stay in Washington, D.C.

When she was asked about her absence, the White House released a statement and shared that while the First Lady was “looking forward” to accompany Akie Abe, she was reportedly informed that the leader’s wife had “previous commitments” for her trip in the state.

In the end, however, several publications emphasized that Melania Trump still did follow several traditions despite breaking some of them.