Melania Trump and Ivanka Trump share a “complicated” relationship. Despite the complex ties, though, they are reportedly “close.”

Melania Trump is the third wife of U.S. President, Donald Trump. She is also currently serving as the nation’s First Lady.

When she married the then-real estate mogul in 2005, she became the official stepmother of Trump’s kids. These included the now-First Daughter, Ivanka Trump.

Ivanka is the only daughter of the now incumbent President to his first wife, Ivana. She is the second to the three elder Trump kids, and has been deemed to be their father’s “most favorite.”

While both Melania and Ivanka work inside the White House, the relationship between the two of the most powerful women in the United States remains unclear. As stated, they “rarely” talk about each other during interviews and appearances.

According to Elite Daily, the relationship between the First Lady and the First Daughter has become a very intriguing subject in recent years. Aside from the notion that they are rarely seen together, they also reportedly do not talk much about their relationship.

Sources, however, reportedly revealed that they do not have a “mother-daughter” kind of relationship. It is unlikely given that Donald Trump’s kids are already all grown up when Melania Trump arrived. 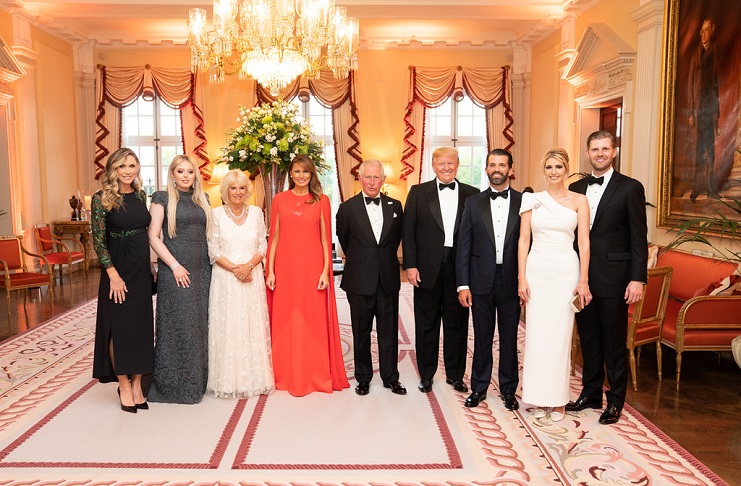 Ivanka first met Melania when she was 16-years-old. She officially became a stepdaughter to the now-First Lady in 2005.

But, considering that the age gap between the two Trump women is not that huge, sources claimed that they never see each other as mom or daughter to the other. Rather, they reportedly see each other as “friends.”

As per Express U.K., body language expert, Bruce Durham contended that the body languages of Ivanka Trump and Melania Trump reveal a lot of things. He said that the First Daughter even seemingly appears to “look up” to the First Lady as a “mother figure.”

Despite not showing it, the body language explained that Ivanka has appeared to search for “assurance” and “guidance” from her stepmother. This has been reportedly very apparent when they go out for public appearances and engagements.

He then described Melania Trump as a “comfort blanket” of Ivanka Trump. The latter’s body language reportedly shows that she “relies” on the former. However, Bruce Durham added that they might not want to “acknowledge it,” likely due to “power struggle.”