Melania Trump and Ivanka Trump have shown great changes and improvements since their arrival inside the White House.

It has been three years since Melania Trump and Ivanka Trump assumed their offices inside the White House. They are currently working as the country’s First Lady and Senior Advisor to the U.S. President, Donald Trump, respectively.

Through the years, it was said that a lot of things have changed. But, aside from the changes that have manifested inside the White House and the United States, reports shared that several changes have also been seen in both of the female Trumps.

Melania Trump has improved her voice and speech

According to Express UK, voice expert, Anthony Wade explained that the First Lady has changed a lot since she was first seen and heard by the public. It was noted that Melania worked as a model prior to her union with Donald Trump.

However, upon entering the White House, the expert said that she has made a lot of improvements, especially in her speeches and delivery. As shared, Melania Trump has appeared to be more “careful” and “conscious” with her choice of words.

It was also said that there is a “noticeable difference” in her diction. As described, it has become a lot “more polished.”

The expert then claimed that she might have “altered” her way of speaking upon entering the White House. The reason being is that this reportedly might have helped her to deliver her message much clearer. 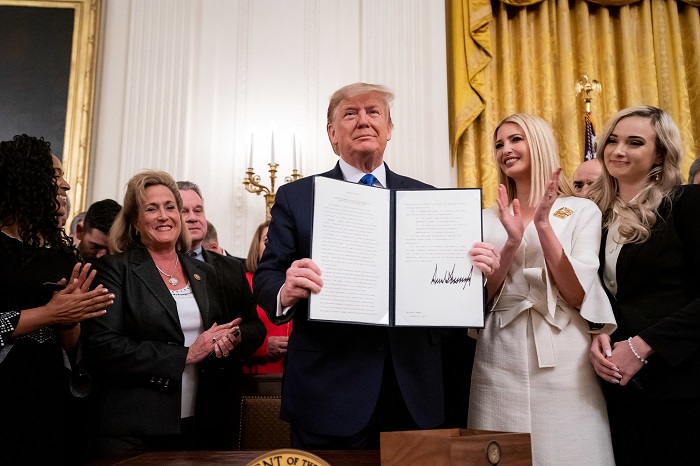 James Bryce, who is also a voice and speech expert, reportedly analyzed both Melania and Ivanka Trump’s speeches. While the same assertions have been made toward the First Lady’s improvements, he reportedly said that the First Daughter has become more “eloquent” and competent.

Speaking with Express U.K., the expert explained that Donald Trump’s daughter has appeared to become more “confident,” especially during her speeches. It was also shared that she has seemingly improved the same way her stepmother did upon entering the White House and assuming an office.

He contended, however, that the two female Trumps might have been rehearsing with the help of scripts and teleprompters. So, while they may have manifested great changes and improvements, the expert explained that it could be much more difficult for the public to get the “genuine sense” of them.

In the end, though, Melania Trump and Ivanka Trump are deemed to be very powerful women in the United States. Moreover, several fans and supporters have reportedly continued to support them through the years.