Melania Trump’s body language has changed since she first entered the White House in 2016.

While speaking with Express, body language expert Darren Stanton said that at the beginning of Donald Trump’s presidency, it became evident that Melania wasn’t going to embrace her role as the FLOTUS.

During her time at the White House, Stanton claimed that the first lady has openly demonstrated signs of disdain and contempt.

Melania doesn’t seem enthusiastic when she’s out in public or when she’s hosting dinners and other events.

Over time, Melania’s body language has changed and she has now relaxed into her position. Stanton added that the FLOTUS now seems genuinely happy with her role.

“Melania is not one that can hide her fake smiles well. You can always tell a fake smile because only half the face is engaged and regardless of age you will always see crow’s feet at the sides of the face. Recent photos capture genuine happiness and Melania is clearly happy,” he said. 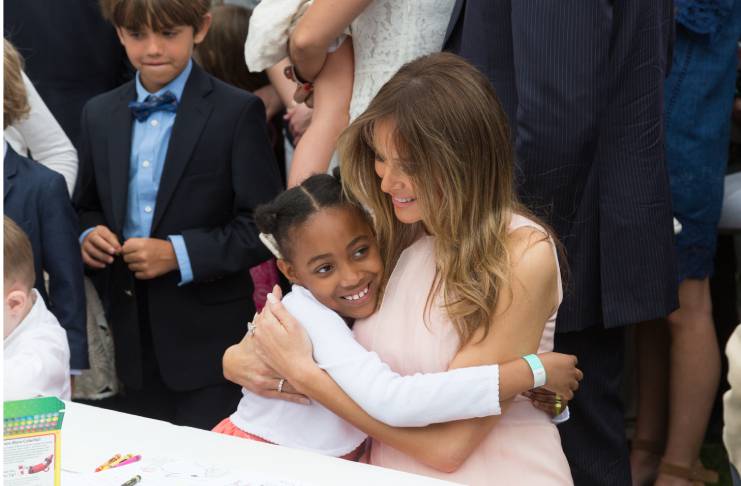 She told Express that there’s a turning point in the first couple’s relationship. During their arrival at the White House four years ago, it was evident that the president was the star of the show.

The FLOTUS allowed her husband to take the lead, and she also refused to detract attention from him.

“Melania’s key focus appeared to be on looking immaculate and beautiful. Her smile was perfectly executed but rigid enough to hint at the effort involved. Her poses lacked spontaneity and in many ways personality leakage. Melania looked Sphinx-like and enigmatic while her husband soaked up all the attention,” James said.

Eventually, the first lady also became popular and this served as a turning point in her life. Since then, she started seeing herself as a fully-pledged FLOTUS.

The first couple has been married for 15 years. Donald and Melania first met at a party while the latter was still working as a model.

After falling in love, Donald proposed to Melania and they tied the knot at Episcopal Church of Bethesda-by-the-Sea in Palm Beach, Florida.