Melania Trump has, allegedly, earned the reputation of being the ice queen.

According to Life & Style, Melania Trump is oftentimes misjudged as cold and aloof because of her quiet demeanor. But a source told the tabloid that this isn’t the case. However, no concrete pieces of evidence can prove that these claims are true up to this writing.

“She’s not the ice queen some think she is. Her European background may give off a certain air that people misjudge as cold or aloof. But that’s not her at all,” an unnamed source said, as per Life & Style.

According to the insider, Melania’s role as the first lady of the United States has encouraged her to be more open.

“She tends to keep to herself. But lately, Melania’s been opening up more and more to those around her, giving glimpses into her private world. It’s as if she finally found her voice,” the source said. 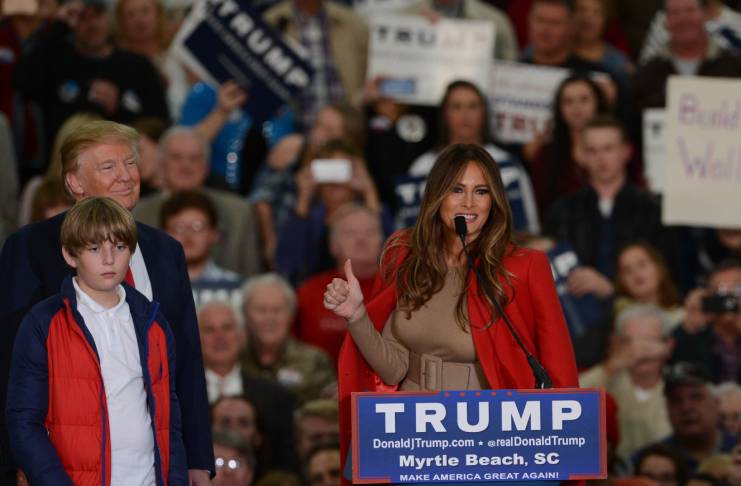 The FLOTUS isn’t afraid to tell Donald Trump the truth

The FLOTUS previously told Dujour that she isn’t afraid to tell her husband, Donald Trump the things that other people can’t tell the POTUS.

Melania Trump didn’t want to be the first lady

But prior to Donald becoming the president, Melania, reportedly, didn’t want to become the first lady of the United States.

According to Vanity Fair, the FLOTUS didn’t ever think that the POTUS will win during the 2016 elections. Longtime Trump adviser Roger Stone said that even though the presidential run wasn’t Melania’s thing, she still supported her husband. After all, she knew that the POTUS would be unhappy if she didn’t.

“She didn’t want this come hell or high water. I don’t think she thought it was going to happen… He always wanted to run. She is the one who pushed him to run just by saying run or do not run. I don’t think she was ever too crazy about it,” Stone said.

This week, Melania also made headlines amid claims that she’s in a heightened state of stress during her recent outing with her husband.

While speaking with Yahoo Lifestyle, body language expert Suzanne Masefield said that the FLOTUS seemingly tried to control her real feelings during her appearance.

“Melania Trump shows what we call a poker face, masking her true feelings with little muscle movement in her face initially and her body is rigid. When her husband turns to her to speak to her, she draws in a breath, does a slight lip bite controlling her anger, followed by a facial micro-expression of disgust. All is not well in their marital world going by this interaction,” she said.

Images used courtesy of The White House / CC BY (https://creativecommons.org/licenses/by/3.0) and a katz/Shutterstock