Melania Trump’s former housekeepers recently shed light on the dynamics of the FLOTUS and her husband, Donald Trump, at home.

In the new biography The Art of Her Deal: The Untold Story of Melania Trump, former housekeeper Victorina Morales called Melania Trump and her husband’s marriage “strange.”

Morales also said that the Trumps are not like a normal family. Even though they hang out in the same area at home, they, allegedly, don’t interact with each other.

Whenever the first couple is at the Trump National Golf Club in Bedminster, New Jersey, the POTUS would usually spend the entire day playing his favorite sport. After playing golf, he would, reportedly, go to the clubhouse for his lunch and dinner.

There are times when the president of the United States would join his wife and son, Barron in their residence. During this rare occasion, the POTUS would, reportedly, put his feet up on the coffee table while sitting on the couch.

The FLOTUS, on the other hand, is usually busy on her computer. Barron will also be in the room but he would either be watching television or playing a video game.

According to Morales, the first couple doesn’t also share a bedroom in their home in Bedminster. The president’s room is on the second floor. Melania Trump and Barron, reportedly, have separate suites on the same floor. 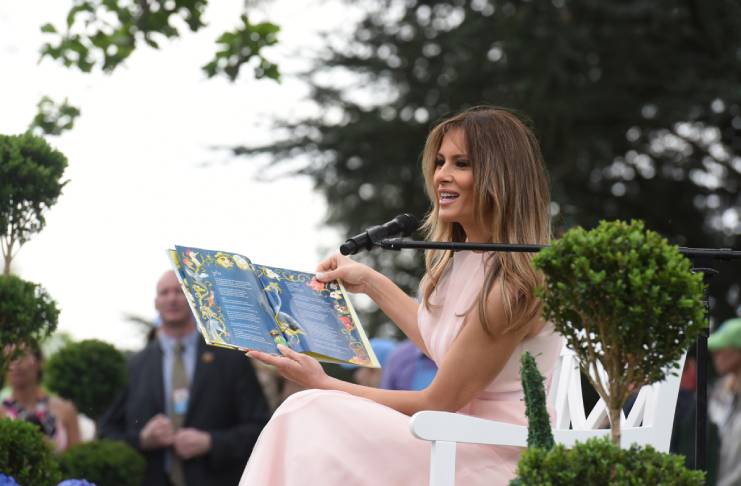 The first lady’s other former housekeeper, Sandra Diaz, claimed that Melania seemed sad or burdened every time she would see her at home. Diaz also, reportedly, thinks that Melania led an insulated life. After all, she rarely had friends over.

If she’s not spending time in front of the computer, Melania is, reportedly, hanging out with Barron or her parents, Viktor and Amalija Knauss.

Whenever Melania’s parents are in New Jersey to visit her in the summer, Diaz said that they would usually have dinner together as a family. The POTUS will also join his wife’s family but he would, reportedly, complain because the Knauss family usually speaks Slovenian.

Meanwhile, Diaz said that the FLOTUS is very particular with how her private spaces should look like.

And the former housekeeper said that one of the most challenging things for her is cleaning the first lady’s bathroom after she applies tanning spray all over her body.

Diaz and Morales are tasked to make sure that traces are removed from the white surfaces of Melania Trump’s bathroom.