Melania Trump’s body language, while she’s with Donald Trump, has, reportedly, changed over the years.

During her first few months at the White House, the FLOTUS refused to upstage the POTUS. The first lady’s focus was mostly on her desire to look immaculate and beautiful when she’s out in public.

But body language expert Judi James revealed the turning point in the first lady’s life when she finally saw herself as a fully-fledged FLOTUS.

“Instead of shadowing her husband, spontaneous waves and direct connections to her audience suggest growing confidence and a growing lack of wariness about upstaging Trump,” James told Express.

The expert also analyzed some recent photos of the first couple and said that the Trumps have become more of a team.

“Melania seemed to drop the model posing and opted for a pseudo-military stance instead, using symmetric poses with her shoulders squared and arms straight down at her sides. Here the mirroring between the Trumps present them as equals and very much a team of two, with the handclasp hinting at a desire to signal affection and agreement,” she said. 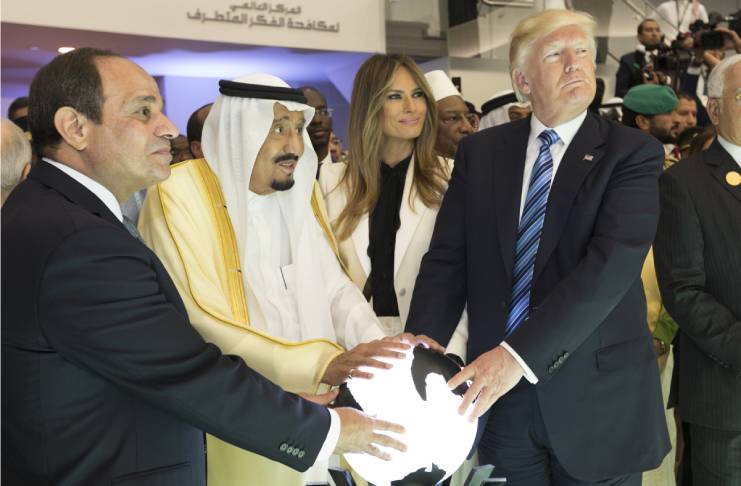 One of the snaps that she chose shows Melania and Donald laughing hysterically during their appearance on Today.

Wood described Donald’s laughter as genuine. She also told Insider that the president was in on that moment and he’s doesn’t seem offended even though Melania just made fun of him.

The body language expert also noticed how Melania carefully placed her hand on her husband’s arm in the photo. But years passed and the couple’s body language has changed.

Melania rarely engages in public displays of affection with the POTUS. In fact, there was one instance wherein Donald leaned in for a kiss and the FLOTUS refused the gesture.

Last year, a photo of the first couple during the Easter Egg Roll event at the White House made headlines. In the snap, Donald and Melania are holding each other’s hands.

However, Wood noticed how the president usually pushes his wife’s hand when he’s holding it. He also lifts the tips of Melania’s fingers to meet his.

Wood said that she doesn’t understand what the context of Donald’s gesture is. But she is certain that the couple isn’t happy.