Miami Heat coach Erik Spoelstra wants to use the NBA’s resumption as a platform to keep the conversation about racial injustice going.

The NBA is set to return to action in less than two months. Only 22 NBA teams will participate in almost all closed-door games limited to players and staff only. The expected NBA games will not feel like a regular NBA game for fans.

Instead, they’d look like scrimmage games between pro hoops players. Nevertheless, fans can expect the NBA to step up its broadcast on live streaming and on television.

The past two months have been dire for the entire league, and the tension was heightened with the recent death of George Floyd. Several NBA players have joined peaceful protests and brought to social media their pains against racial injustice.

Resumption as a ‘platform’

Miami Heat coach Erik Spoelstra believes that the resumption of the league will be a good continuation of the conversation.

“I don’t think anybody is really ready to move on. And we shouldn’t,” Spoelstra said. “If anything, many times before, so tragically, there would be a similar incident of social injustice like this and then two weeks later people forget about it. This will be an opportunity for the entire association to land in one spot … to keep this conversation going and use our platform to make sure that this doesn’t go away.” 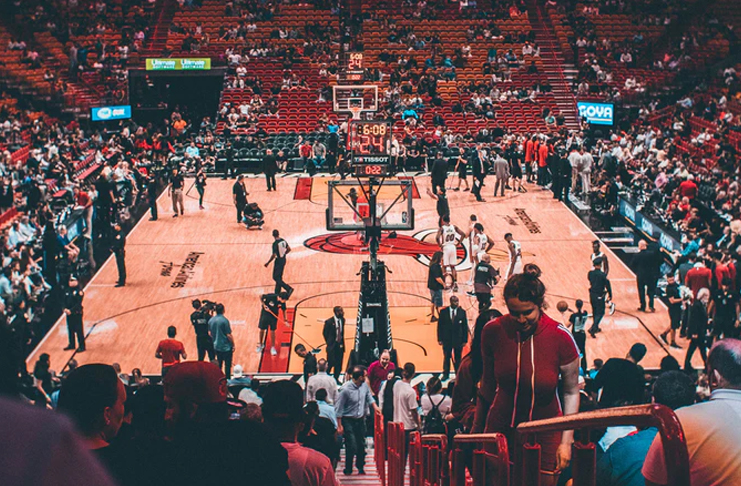 The focus of the resumption will be the players’ and staff’s safety from the virus. Be that as it may, the point against racial injustice will not just be an earmark. Fans can expect the issue to be brought upfront and center during interviews and live games.

“I think everybody’s priority right now and hope is that we can all be part of the change that’s so necessary in our country. We’ll have a collective platform where everyone can collectively send a message condemning racism, racial injustice, calling for police accountability. There will be a platform and I think we’re all thinking that way.”

While other coaches have been careful with their words regarding the issue, Spurs coach Gregg Popovich thinks otherwise. For the past few days, he has been extremely vocal about the death of George Floyd. He said:

“I don’t know. … I think I’m just embarrassed as a white person to know that that can happen. To actually watch a lynching. We’ve all seen books, and you look in the books and you see black people hanging off of trees. And you … are amazed. But we just saw it again. I never thought I’d see that, with my own eyes, in real time.”