Micky reported on the so-called coup for the Adelaide summit earlier this evening and tweeted the story, tagging Mr Novogratz.

But just minutes later, Novogratz quoted Micky’s tweet, writing “unless I have a doppelgänger, this is a mistake.”

Micky published the big news about Novogratz’s appearance Down Under after receiving a media release from ADC Forum, the organisers of the Global Blockchain Summit, which is being held in Adelaide later this month.

Here’s the release in full: 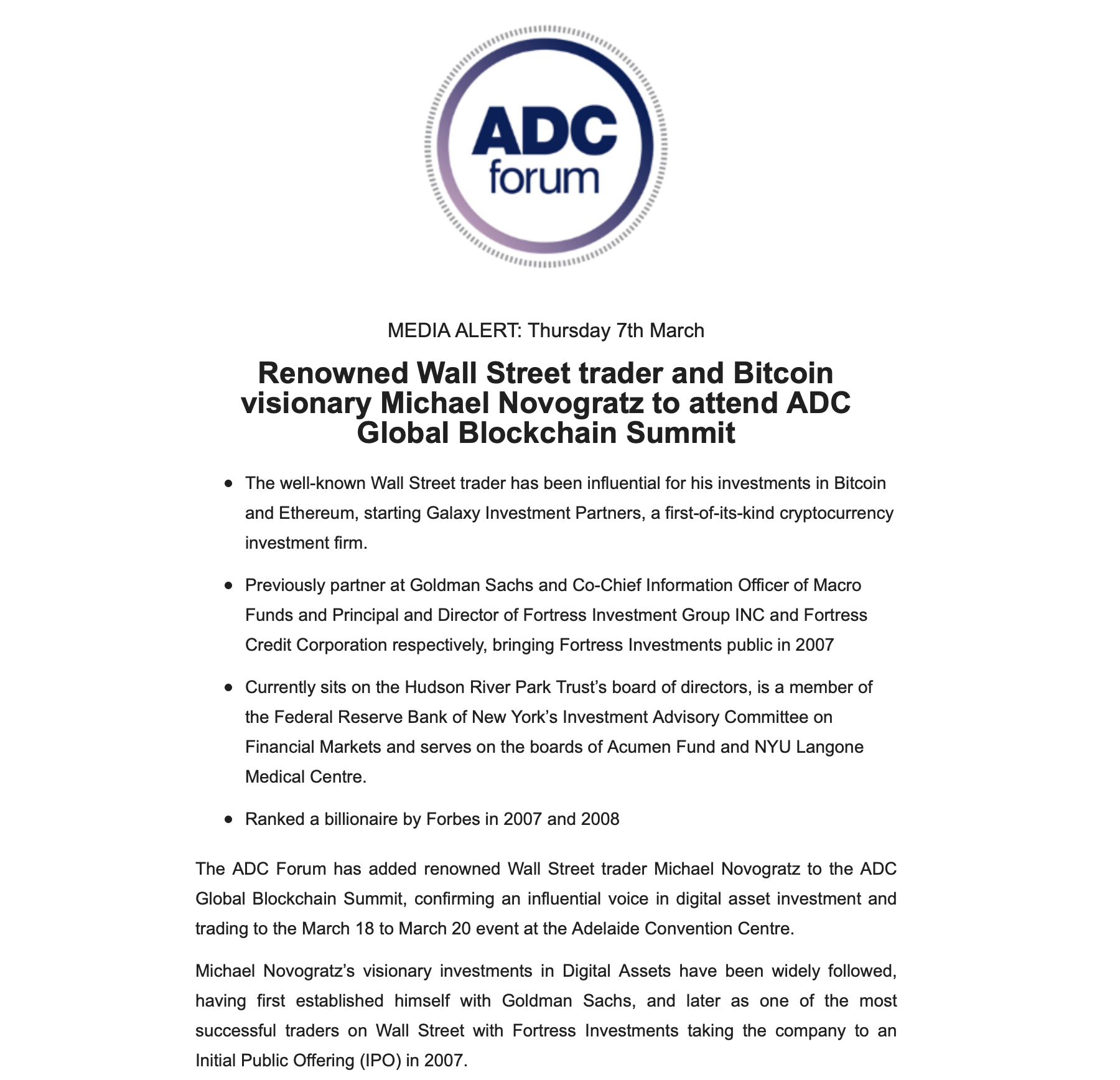 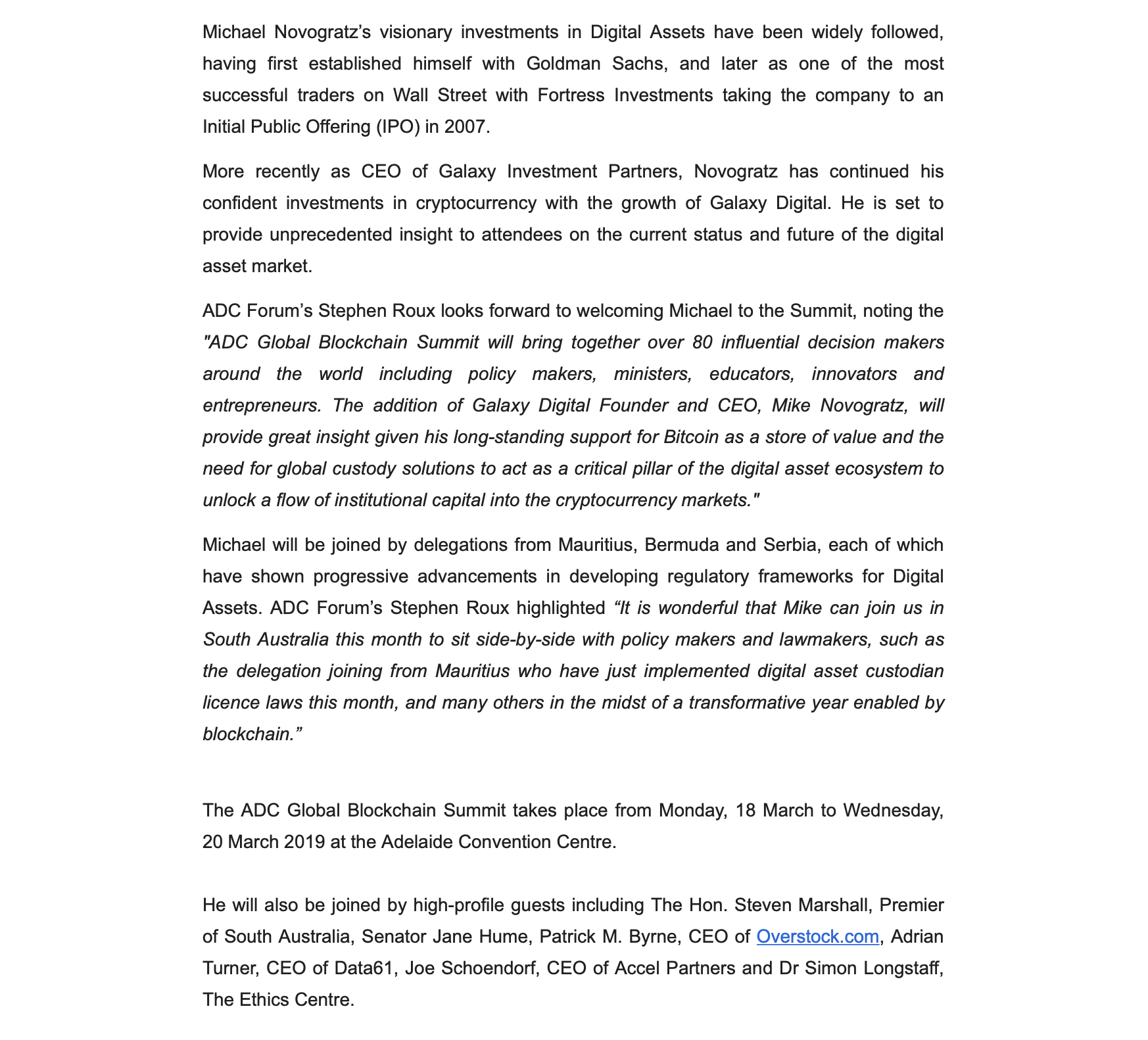 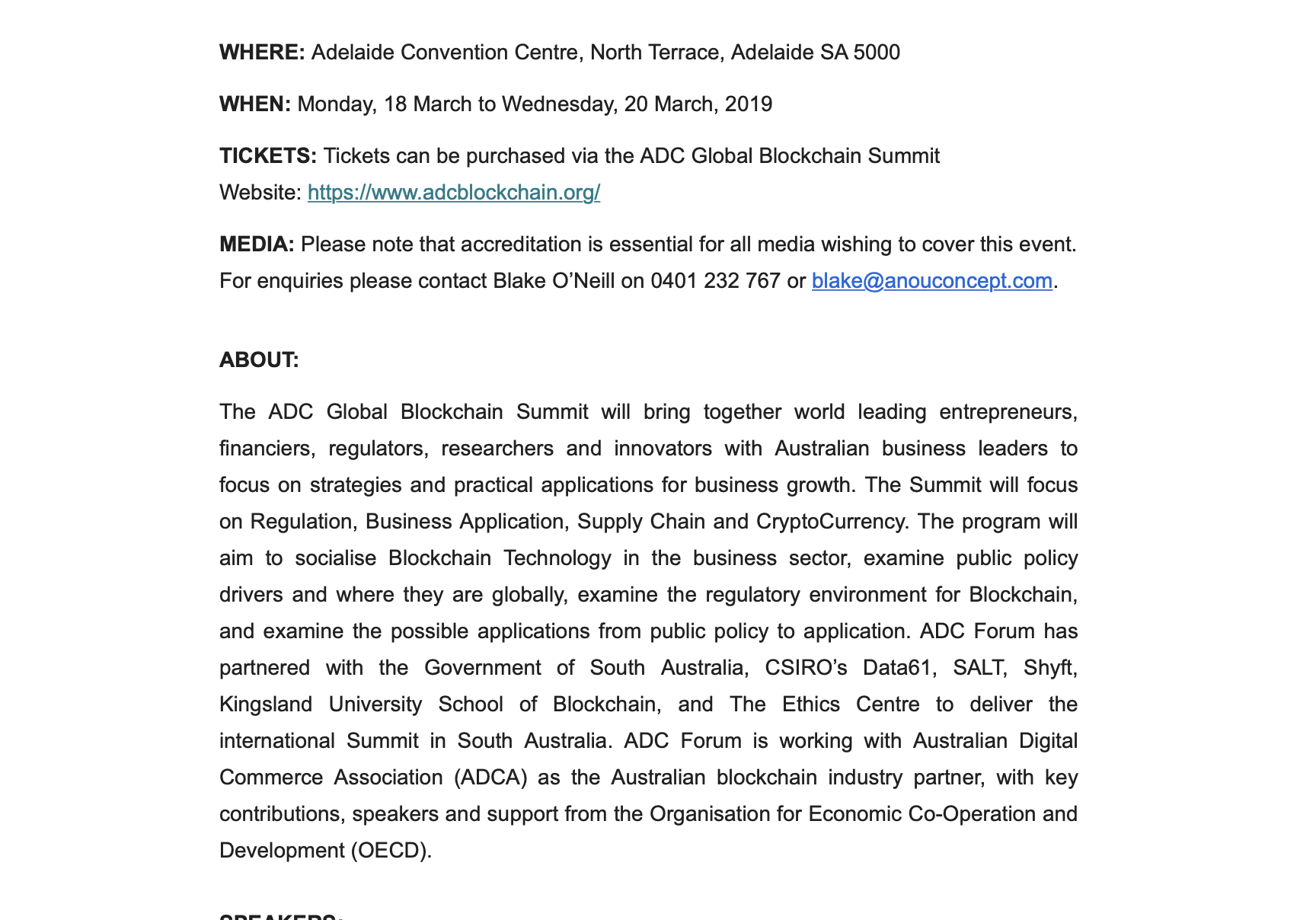 Micky has asked the ADC Forum for a response and has also reached out to Michael Novogratz for further confirmation.

Influential Wall Street trader and Bitcoin visionary, Michael Novogratz, is heading to Australia to be a guest speaker at the ADC Global Blockchain Summit in Adelaide later this month.

ADC Forum confirmed the coup a short time ago, saying Novogratz will give attendees an “unprecedented insight” into the future of the digital assets market.

“The addition of Galaxy Digital Founder and CEO, Mike Novogratz, will provide great insight given his long-standing support for Bitcoin as a store of value and the need for global custody solutions to act as a critical pillar of the digital asset ecosystem to unlock a flow of institutional capital into the cryptocurrency markets.”

Michael Novogratz has established himself as a highly influential digital assets expert.

After beginning his investing career with Goldman Sachs, Novogratz later became one of the most successful traders on Wall Street with Fortress Investments, taking the company to an Initial Public Offering in 2007.

More recently, as CEO of Galaxy Investment Partners, Novogratz has established himself as a leading cryptocurrency investor while playing a pivotal role in the explosive growth of Galaxy Digital.

The South Australian Government announced support for the Blockchain Summit late last year after committing to building a ‘blockchain hive’ in Adelaide’s CBD.

Recently, Micky exclusively reported blockchain technology is being used by the South Australian Government to conduct an official election.