The former manager of Michael Schumacher, Willi Weber, recently revealed the reason behind the Formula 1 legend’s return from retirement.

The Formula 1 champ legend, German racer Michael Schumacher, shocked the professional racing scene after returning to the track in 2010, following his supposed 2006-retirement.

The full story behind his return wasn’t fully disclosed until now, as Willi Weber finally discussed his conversation with the racing superstar about his 2010 comeback.

The transition to retirement is always hard for some people. Most especially when they come from a fast-paced, busy working life, it looks like this was the case for Schumacher.

According to an interview with Motorsports-total, the German racer’s manager, Weber, dove deeper into Schumacher’s hard transitioning to retirement, which led him to return to the pro scene three years after—in 2010.

It turns out, Weber was against Schumacher’s comeback. He reportedly knew that it might turn out badly, tarnishing his already untouchable world record. As Weber narrated, the racer “was bored” and that “he had to drive.”

He tried talking him out of it, saying, ” Michael, what do you want? You can only lose. You can no longer win. You won everything. You are the best racing driver in the world. You stand on the highest pedestal there is. You can only lose now.”

Unfortunately, the racer allegedly “didn’t want to hear” the lecture coming from his long-time manager of more than 20 years. 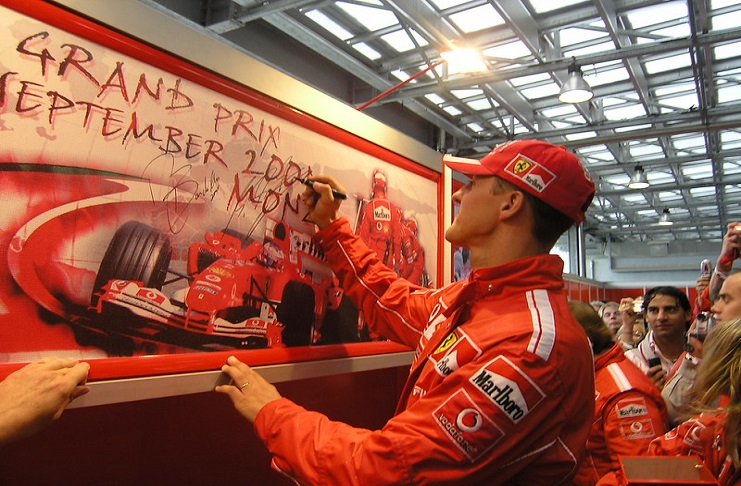 The debate between Michael Schumacher and Weber ended with them parting ways as Manager and client. However, Weber clarified that they remained good friends and even talked more after their professional profession.

Aside from thinking that the comeback was a mistake, the former Formula 1 manager mentioned that he could no longer take the hassle and stress, such as jet lag, that comes with the fast-paced life in the racing scene.

As he had predicted, Schumacher failed to deliver what he could’ve done in a heartbeat in his early days. Weber recalls, “with all due respect: in hindsight, that was the stupidest thing he could do.”

Media outlets have noted that the German racer “was in a class of his own,” having five straight championships. In a Hall of Fame article from Formula 1,  Schumacher was quoted saying he enjoyed most of the races he participated in after his return.

“It wasn’t as successful as before but I still learned a lot for life. I found that losing can be both more difficult and more instructive than winning. Now is a good time to go,” Schumacher admits, finally ending his comeback with a podium finish in 2012.

Unfortunately, right now, little information is known about the racer’s whereabouts following his skiing trip accident that led him into a coma.