Home Entertainment Michelle Obama angry at Barack Obama for forcing her to have kids:...

Michelle Obama is, allegedly, angry at her husband, Barack Obama for forcing her to have kids with him.

According to Globe, Michelle Obama wanted to have a high-flying career and not kids. But Barack persuaded her to have children while he set his eyes on becoming the president of the United States.

“Even after she became the first lady, Michelle felt like she was cheated, and she never let Barack forget it! Michelle had a good career and was advancing. She didn’t want a family but Barack did and he knew it would help him politically. She’s never let him forget that,” a source said.

The insider also accused the ex-FLOTUS of regretting the birth of her daughters. After all, Malia and Sasha crushed their mom’s dreams to become a lawyer.

According to the source, the former first lady is also upset with Barack for leaving her alone while she was going through IVF. The insider claimed that Michelle was the one that administered the IVF shots herself.

“She has never let Barack forget that,” the source said. 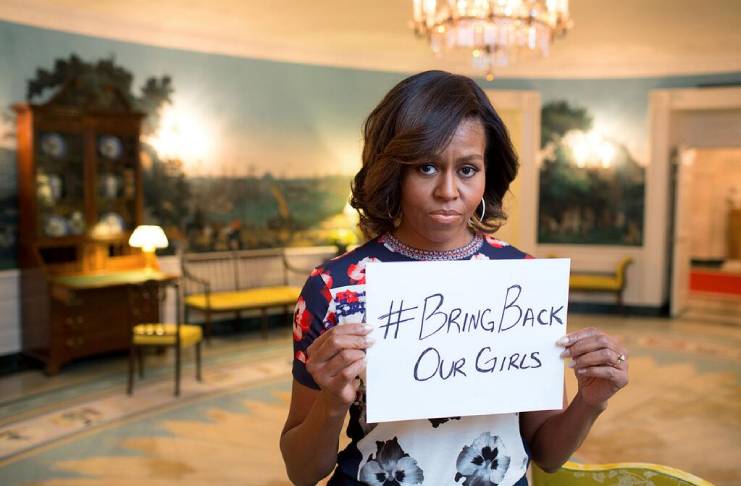 Throughout the article, the dubious insider quoted some of Michelle’s statements while promoting Becoming. However, they were taken out of context.

For instance, Michelle Obama said that she wasn’t ready for the birth of her eldest daughter Malia. However, a lot of first-time moms experience the same thing.

“I wasn’t really ready for that. That really made it harder. Something had to give and it was my aspirations and dreams. I made that concession not because he said, ‘You have to quit your job,’ but it felt like, ‘I can do all of this, so I have to tone down my aspirations. I have to dial it back,’” Michelle said.

The insider suggested that Michelle was upset with her husband for forcing her to give up on her dreams and aspirations. However, the ex-FLOTUS shared her thoughts on the matter with so much understanding.

Michelle also said that people sit in their own pain. And they also tend to think that they’re somehow broken. The insider claimed that the statement has to do with the former first lady’s miscarriage.

“Michelle has had a very good life. Many people adore her. But she complains about everything!” the insider concluded.

Michelle Obama isn’t blaming her husband for anything. The ex-FLOTUS isn’t also complaining about the choices she made so that Barack could pursue his presidency. And she didn’t also blame the ex-POTUS for forcing her to have kids.

‘The Batman’ shoot continues in Liverpool despite restrictions

Amazon making the ‘I Know What You Did Last Summer’ series

‘Among Us’ Beta removes problem with the imposter rule in the...

Park Seo Joon unveiled his cameo in ‘Record of Youth’

T-ara’s Ham Eun Jung will appear for the first time in...