Michelle Obama, previously, talked about her pregnancy struggles years before giving birth to Malia and Sasha.

In her book Becoming, Michelle Obama revealed that she felt alone and broken after suffering a miscarriage.

Barack Obama’s wife said that she and her husband were trying to get pregnant but things weren’t going well. One of the pregnancy tests that Michelle took came back positive. But, just weeks later, the miscarriage happened.

“We had one pregnancy test come back positive, which caused us both to forget every worry and swoon with joy, but a couple of weeks later I had a miscarriage, which left me physically uncomfortable and cratered any optimism we felt,” Michelle said. 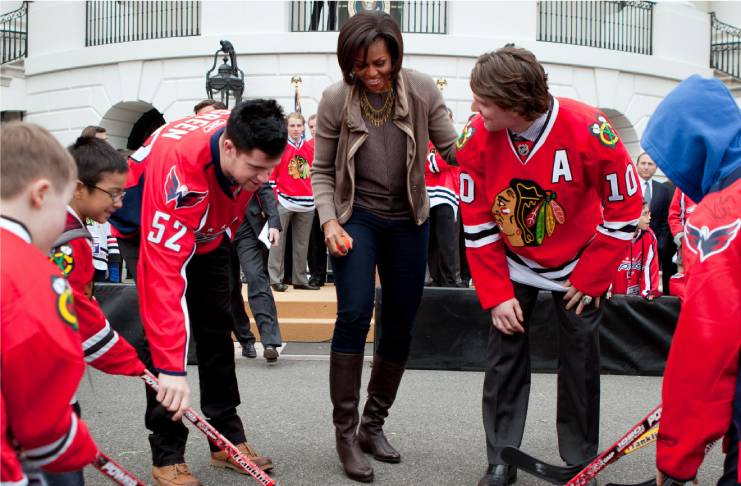 When the ex-FLOTUS hit her mid-30s, she decided to turn to in-vitro fertilization (IVF). Michelle started receiving hormone shots. Since Barack was busy with the state legislature then, Michelle manipulated her reproductive system to make it most efficient.

After years of trying, Barack and Michelle welcomed their first daughter, Malia on July 4, 1998. At that time, the former first lady was already 34 years old.

Michelle Obama gave birth to her second child, Sasha on June 10, 2001. At that time, she was already 37 years old.

Ex-FLOTUS encourages women to talk about their issues

During a previous interview on Good Morning America, Michelle said that she felt like a failure following her miscarriage. After all, she didn’t know how common the problem was because not a lot of people talk about it.

“We sit in our own pain, thinking that somehow we’re broken. That’s one of the reasons why I think it’s important to talk to young mothers about the fact that miscarriages happen… I think it’s the worst thing that we do to each other as women, not share the truth about our bodies and how they work,” she said.

Barack and Michelle’s daughters are all grown up. Malia is now 21, and she’s studying at Harvard. While promoting Becoming, the ex-FLOTUS revealed that she still fondly calls her eldest child “little potato.”

During her interview on Ellen Show, Michelle Obama revealed that her daughters are back home. Malia and Sasha are quarantining with their parents after their schools closed due to the coronavirus pandemic.