Netflix is showing former first lady Michelle Obama’s documentary titled Becoming, and it is coming to your screens in May.

A promising and closer life to Michelle Obama’s life will soon be aired on Netflix. Focusing on her new life after the White House, the documentary film will reveal Michelle’s life.

From being the first lady to being a woman with a purpose, the documentary is surely one to look forward to.

The documentary will be out next month, May 6.

The documentary focuses on the former first lady’s life after her husband’s presidential term ended.

The trailer shows a clip of Michelle in a community, even in Philadelphia. 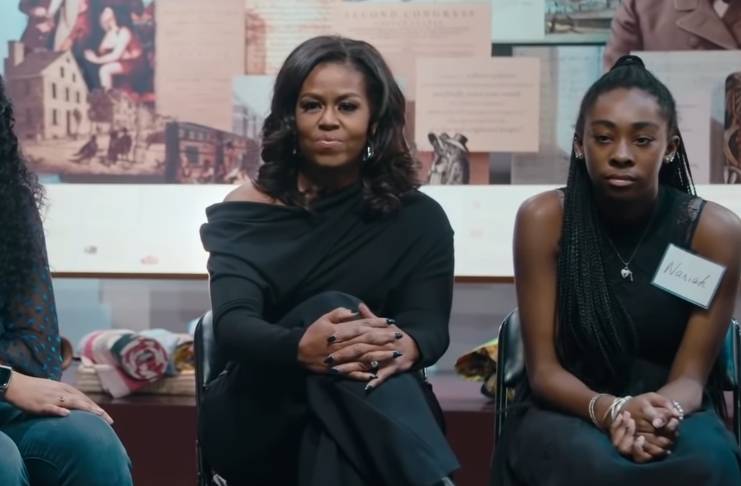 Michelle was able to share and open up about her experience in readjusting back to her non-political life.

According to her, there’s only a little change that has happened to her in the last eight years.

However, before her husband’s presidential term, a lot of things happened to her that changed her into who she is today.

Netflix, who produced the documentary, teamed up with Director Nadia Hallgren in making Becoming possible. The title is the same as Michelle’s 2018 autobiography.

However, unlike her autobiography, the documentary focuses on Michelle’s experiences in promoting her book.

The documentary reveals her sold-out crowds, which happens to be more than 30 U.S cities in her cross-country tour.

According to the former first lady, Michelle said she had a sense of connection while she was touring across the country.

She felt a sting in her, especially during a global pandemic the world is facing right now.

Michelle is hopeful that Becoming will bring hope, joy, and a bit of breathing space to anyone who watches it.

In an emailed statement, Michelle said that things way back were simpler, compared to her life after the White House.

She refers to the “simple things” as seeing a friend, or sitting beside someone who is struggling in life.

Michelle opened that empathy will always be a person’s lifeline. She said that empathy would be the first thing that will “get us to the other side.”

Michelle emphasized redirecting one’s attention to the things that matter most, making the world a better image for people’s hopes.

Becoming is released by Higher Ground Productions and will be available on Netflix on Monday.

Josh Duggar experiences worst with custodians while waiting for trial

Britney Spears says conservatorship stopped her from becoming a mother

After COVID-19 vaccination: What’s next for fully vaccinated individuals?

Samsung’s Galaxy Watch Active for only $120 at best buy