Microsoft has finally launched it’s Surface Book 3 with specs that are said to be a match to any premium laptop, including the MacBook.

Recent specs leak revealed the Surface Book 3 to be a big contender against the MacBook Pro, MacBook Air, and even Windows 10 laptops. Now, Microsoft has officially launched its high-performance two-in-one premium laptop, the Surface Book 3.

The launch came alongside other Microsoft consumer tech devices like the Surface Go 2.

Despite being a notebook, the Surface Book 3 could be a match to any laptop out there. Even in Microsoft’s circle, there is no other notebook more powerful.

Unfortunately, Microsoft didn’t roll out any big changes to the notebook’s design. In fact, it is almost identical to its predecessor in terms of design, sharing the same ridged fulcrum hinge that leaves an almost unnoticeable gap on the laptop when closed.

Just like its predecessor, the device will also come with a detachable display. This two-in-one feature allows the display to become a large Windows tablet when detached and a portable, powerful notebook when attached.

The latest Surface Book had even kept the old dimensions and will come in two sizes: a 13.5-inch and 15-inch display. The keyboards, too, didn’t change.

Microsoft claims that the Surface Book 3 has 50% more performance than its predecessor and there is truth to that.

As predicted, the notebook now has Intel’s 10th-generation processors, particularly the Ice Lake 10nm chips. These are the very same ones used in the recently updated MacBook Pro and MacBook Air.

Sadly, the new device will not come with the Nvidia GeForce RTX, which means it won’t have the same next-generation ray tracing technology other premium laptops have. However, its GTX-1600TI will still provide a suitable gaming experience that could run at 60 frames-per-second and at a resolution of 1080p.

For enhanced power, people can always upgrade to the Nvidia Quadro RTX 3000, which is perfect for designers, creators, and developers. Upgrades could reach as high as 2TB in storage, making use of the M.2 2280, the fastest SSD that Microsoft uses. 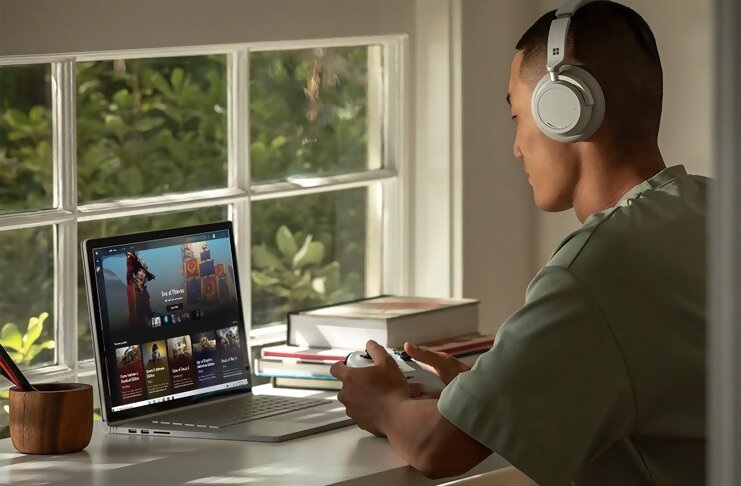 The Surface Book 3 is available for pre-order with Microsoft rolling out the product later this month.